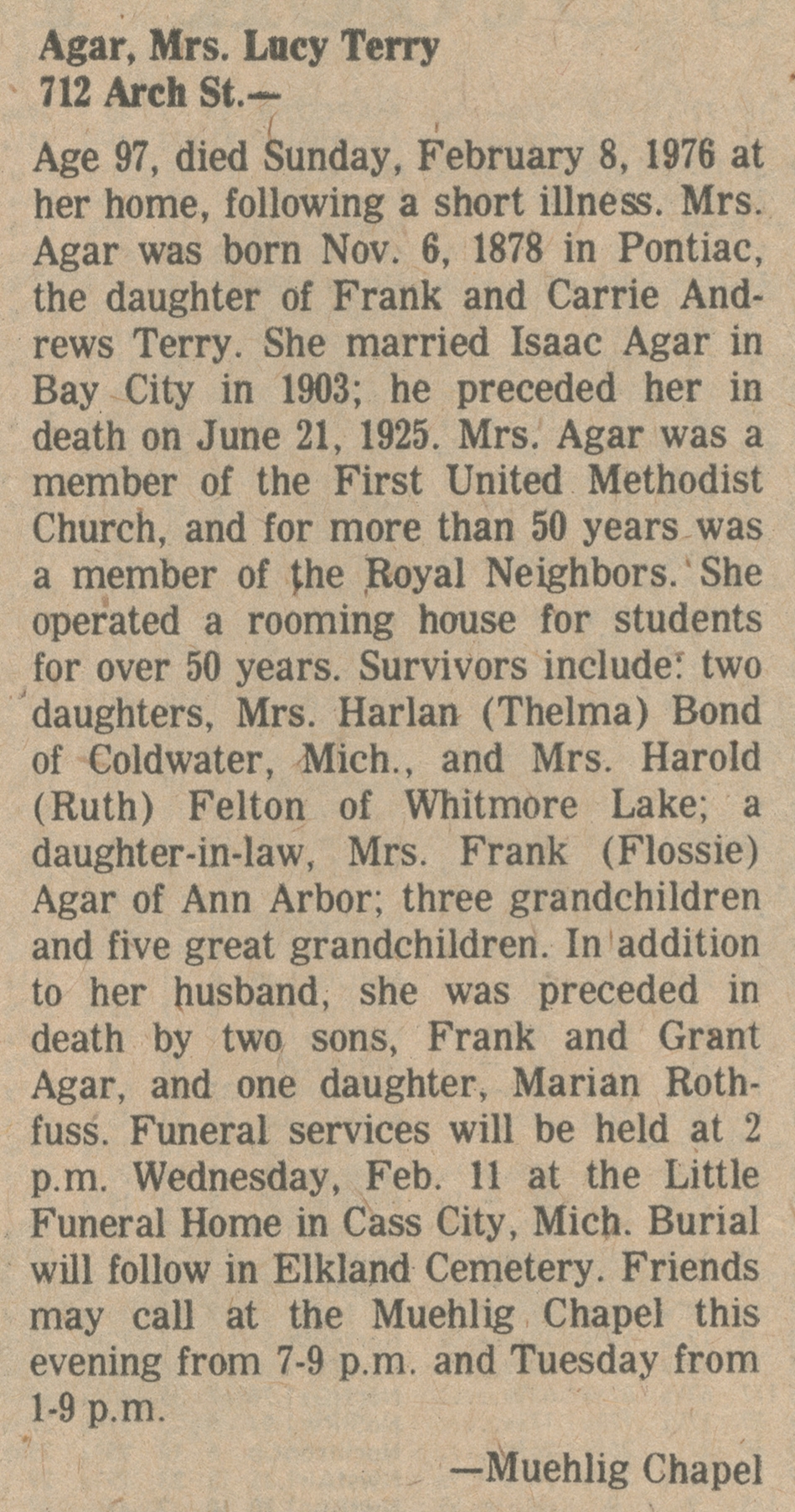 Agar, Mrs. Lucy Terry
712 Arch St. -
Age 97, died Sunday, February 8, 1976 at her home, following a short illness. Mrs. Agar was born Nov. 6, 1878 in Pontiac, the daughter of Frank and Carrie Andrews Terry. She married Isaac Agar in Bay City in 1903; he preceded her in death on June 21, 1925. Mrs. Agar was a member of the First United Methodist Church, and for more than 50 years was a member of the Royal Neighbors. She operated a rooming house for students for over 50 years. Survivors include: two daughters, Mrs. Harlan (Thelma) Bond of Coldwater, Mich., and Mrs. Harold (Ruth) Felton of Whitmore Lake; a daughter-in-law, Mrs. Frank (Flossie) Agar of Ann Arbor; three grandchildren and five great grandchildren. In addition to her husband, she was preceded in death by two sons, Frank and Grant Agar, and one daughter, Marian Rothfuss. Funeral services will be held at 2 p.m. Wednesday, Feb. 11 at the Little Funeral Home in Cass City, Mich. Burial will follow in Elkland Cemetery. Friends may call at the Muehlig Chapel this evening from 7-9 p.m. and Tuesday from 1-9 p.m.
-Muehlig Chapel