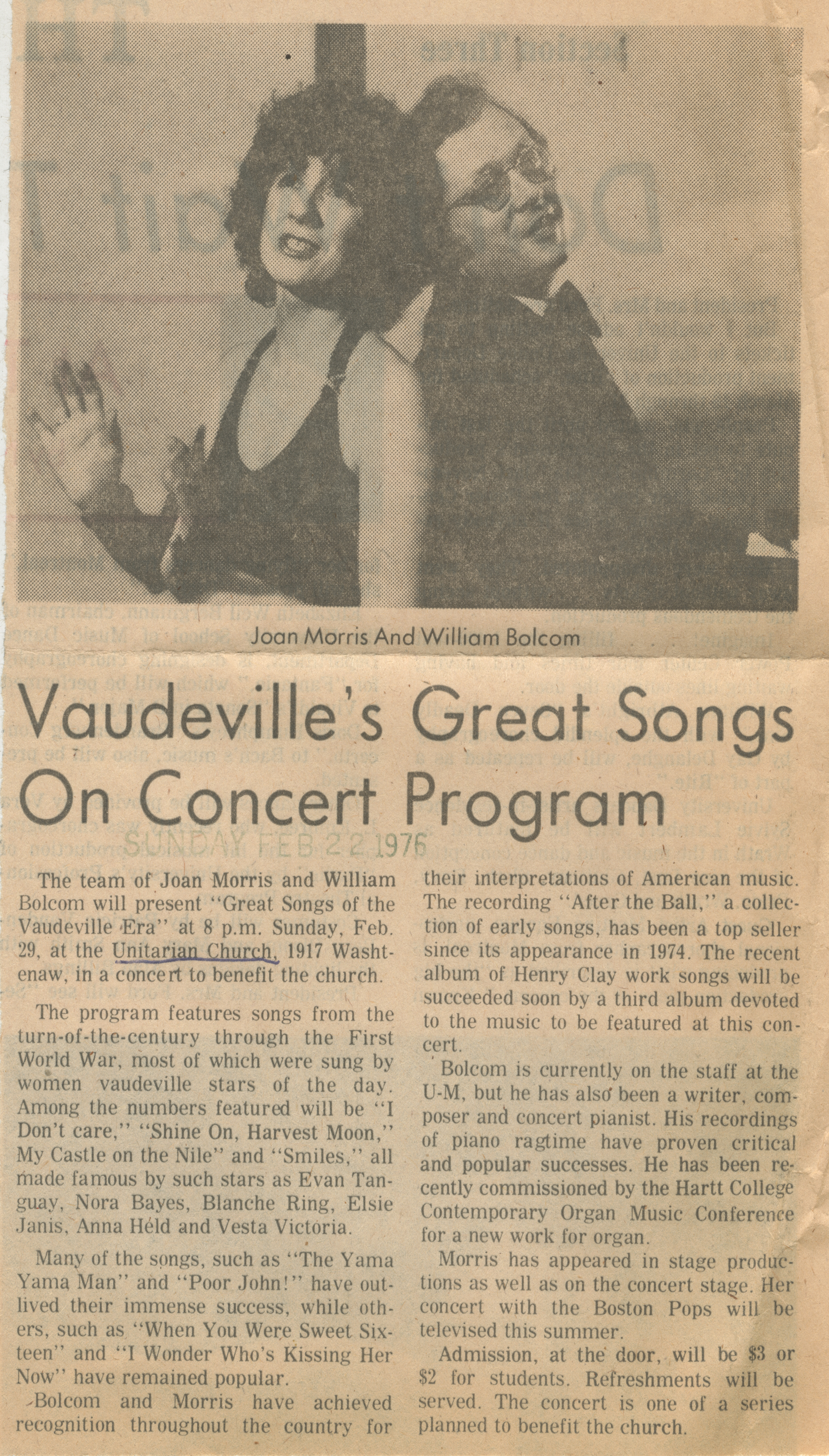 The team of Joan Morris and William Bolcom will present “Great Songs of the Vaudeville Era” at 8 p.m. Sunday, Feb. 29. at the Unitarian Church, 1917 Washtenaw, in a concert to benefit the church.

The program features songs from the turn-of-the-century through the First World War, most of which were sung by women vaudeville stars of the day. Among the numbers featured will be “I Don’t care,” “Shine On, Harvest Moon,” My Castle on the Nile” and “Smiles,” all rmade famous by such stars as Evan Tanguay, Nora Bayes, Blanche Ring, Elsie Janis, Anna Held and Vesta Victoria.

Many of the songs, such as “The Yama Yama Man” and “Poor John!” have outlived their immense success, while others, such as “When You Were Sweet Sixteen” and “I Wonder Who’s Kissing Her Now” have remained popular.

Bolcom and Morris have achieved recognition throughout the country for their interpretations of American music. The recording “After the Ball,” a collection of early songs, has been a top seller since its appearance in 1974. The recent album of Henry Clay work songs will be succeeded soon by a third album devoted to the music to be featured at this concert.

Bolcom is currently on the staff at the U-M, but he has also been a writer, composer and concert pianist. His recordings of piano ragtime have proven critical and popular successes. He has been recently commissioned by the Hartt College Contemporary Organ Music Conference for a new work for organ.

Morris has appeared in stage productions as well as on the concert stage. Her concert with the Boston Pops will be televised this summer.

Admission, at the door, will be $8 or $2 for students. Refreshments will be served. The concert is one of a series planned to benefit the church.