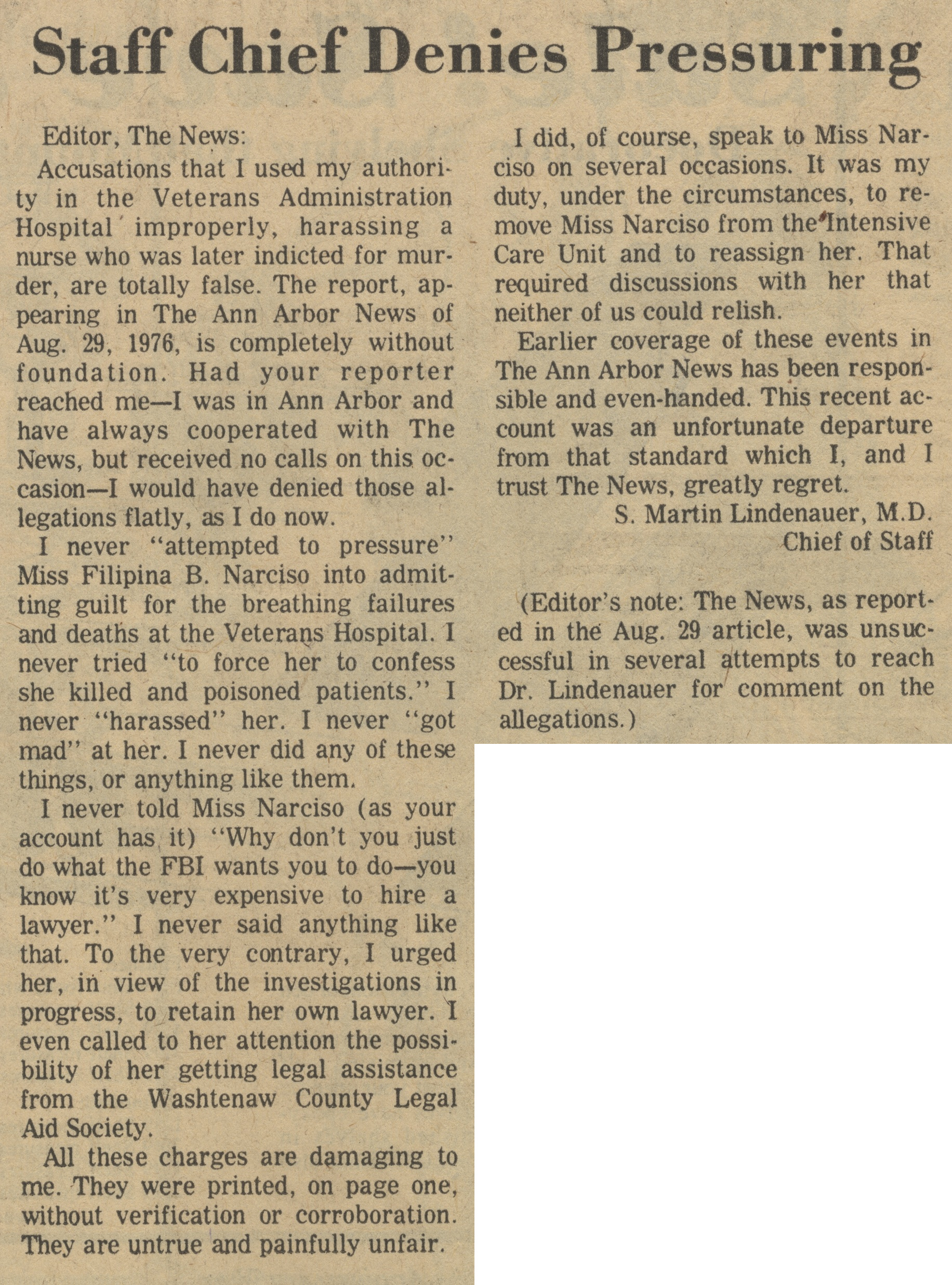 Accusations that I used my authority in the Veterans Administration Hospital improperly, harassing a nurse who was later indicted for murder, are totally false. The report, appearing in The Ann Arbor News of Aug. 29, 1976, is completely without foundation. Had your reporter reached me—I was in Ann Arbor and have always cooperated with The News, but received no calls on this occasion—I would have denied those allegations flatly, as I do now.

I never “attempted to pressure” Miss Filipina B. Narciso into admitting guilt for the breathing failures and deaths at the Veterans Hospital. I never tried “to force her to confess she killed and poisoned patients.” I never “harassed” her. I never "got mad” at her. I never did any of these things, or anything like them.

I never told Miss Narciso (as your account has it) “Why don’t you just do what the FBI wants you to do—you know it’s very expensive to hire a lawyer.” I never said anything like that. To the very contrary, I urged her, in view of the investigations in progress, to retain her own lawyer. I even called to her attention the possibility of her getting legal assistance from the Washtenaw County Legal Aid Society.

All these charges are damaging to me. They were printed, on page one, without verification or corroboration. They are untrue and painfully unfair.

I did, of course, speak to Miss Narciso on several occasions. It was my duty, under the circumstances, to remove Miss Narciso from the Intensive Care Unit and to reassign her. That required discussions with her that neither of us could relish.

Earlier coverage of these events in The Ann Arbor News has been responsible and even-handed. This recent account was an unfortunate departure from that standard which I, and I trust The News, greatly regret.

(Editor’s note: The News, as reported in the Aug. 29 article, was unsuccessful in several attempts to reach Dr. Lindenauer for comment on the allegations.)