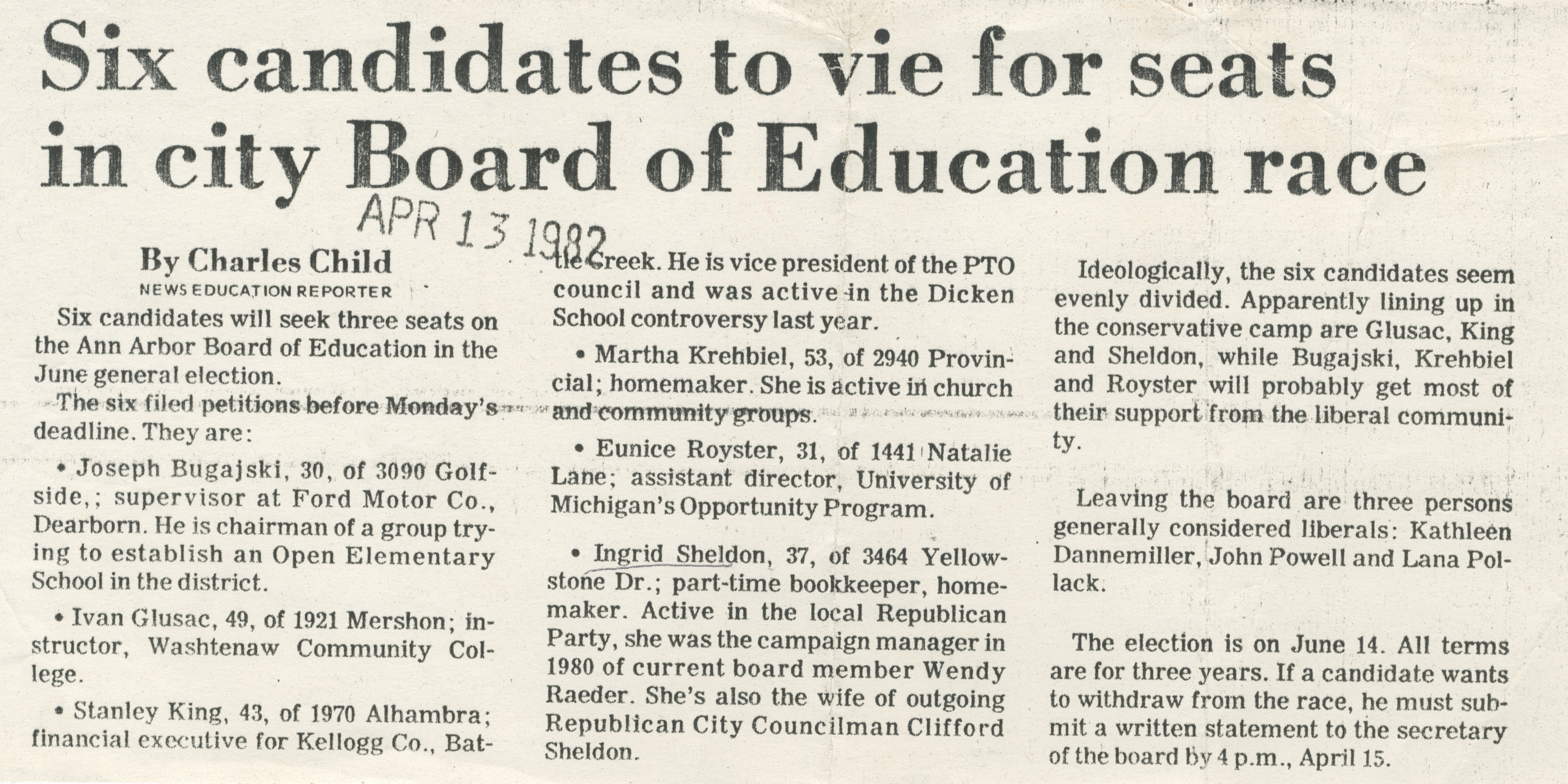 Six candidates will seek three seats on the Ann Arbor Board of Education in the June general election.

The six filed petitions before Monday’s deadline. They are:

• Joseph Bugajski, 30, of 3090 Golfside,; supervisor at Ford Motor Co., Dearborn. He is chairman of a group trying to establish an Open Elementary School in the district.

• Stanley King, 43, of 1970 Alhambra; financial executive for Kellogg Co., Battle Creek . He is vice president of the PTO council and was active In the Dicken School controversy last year.

• Martha Krehbiel, 53, of 2940 Provincial; homemaker. She is active in church and community groups.

Ideologically, the six candidates seem evenly divided. Apparently lining up in the conservative camp are Glusac, King and Sheldon, while Bugajski, Krehbiel and Royster will probably get most of their support from the liberal community.

The election is on June 14. All terms are for three years. If a candidate wants to withdraw from the race, he must submit a written statement to the secretary of the board by 4 p.m., April 15.