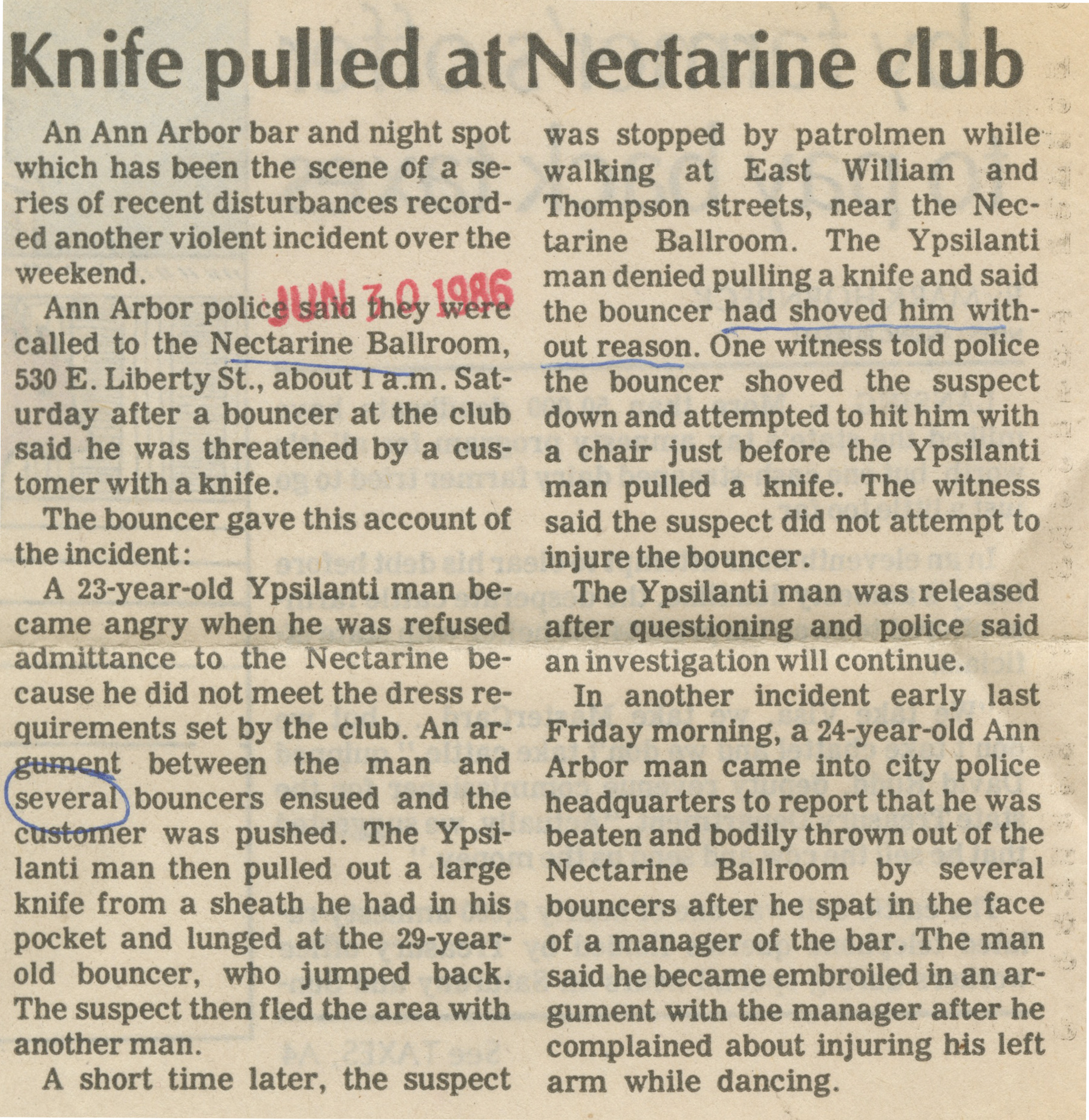 An Ann Arbor bar and night spot which has been the scene of a series of recent disturbances recorded another violent incident over the weekend.

Ann Arbor police said they were called to the Nectarine Ballroom, 530 E. Liberty St., about 1 a.m. Saturday after a bouncer at the club said he was threatened by a customer with a knife.

A 23-year-old Ypsilanti man became angry when he was refused admittance to the Nectarine because he did not meet the dress requirements set by the club. An argument between the man and (several} bouncers ensued and the customer was pushed. The Ypsilanti man then pulled out a large knife from a sheath he had in his pocket and lunged at the 29-year-old bouncer, who jumped back. The suspect then fled the area with another man.

The Ypsilanti man was released after questioning and police said an investigation will continue.

In another incident early last Friday morning, a 24-year-old Ann Arbor man came into city police headquarters to report that he was beaten and bodily thrown out of the Nectarine Ballroom by several bouncers after he spat in the face of a manager of the bar. The man said he became embroiled in an argument with the manager after he complained about injuring his left arm while dancing.