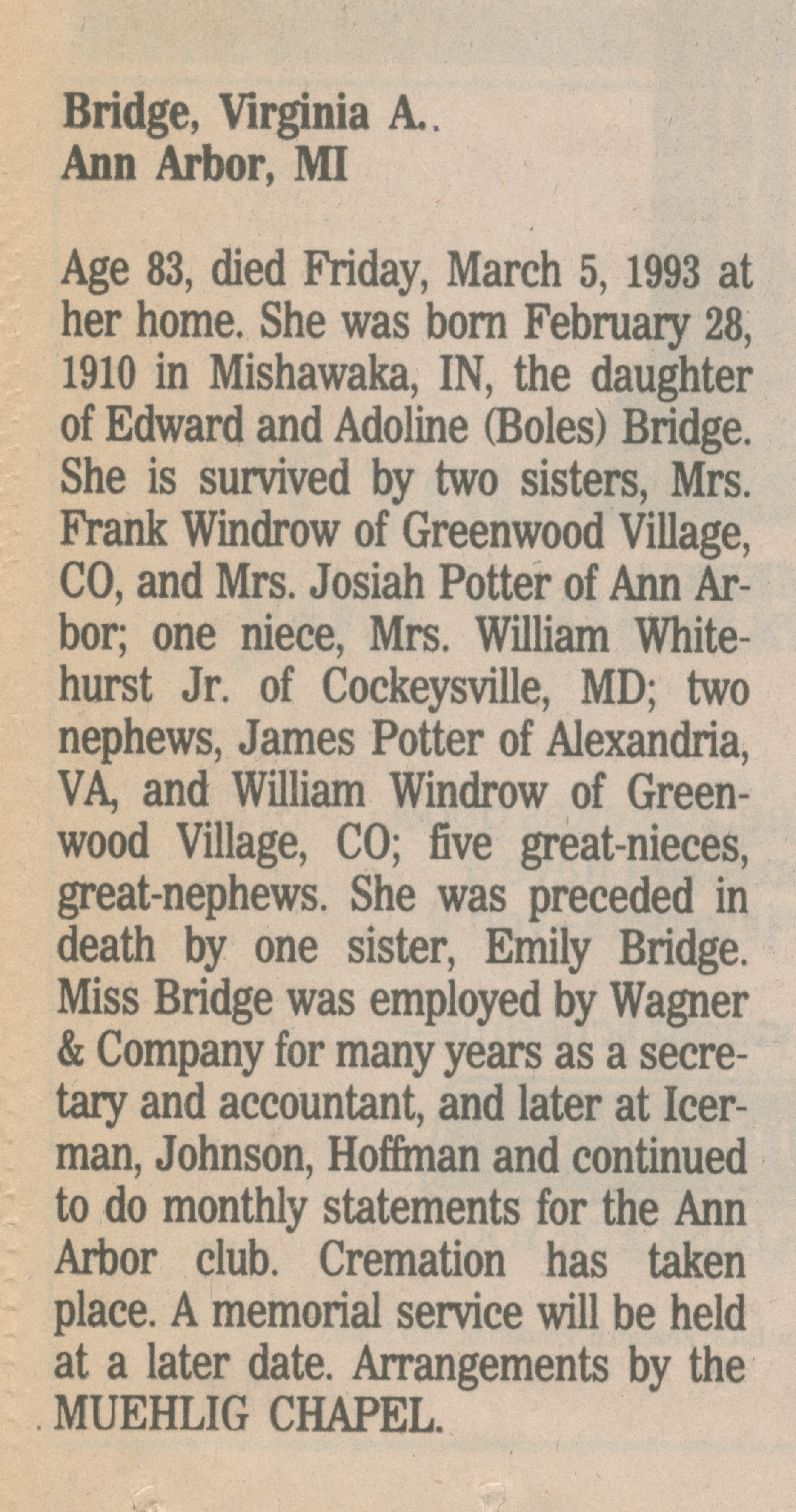 Age 83, died Friday, March 5, 1993 at her home. She was born February 28, 1910 in Mishawaka, IN, the daughter of Edward and Adoline (Boles) Bridge. She is survived by two sisters, Mrs. Frank Windrow of Greenwood Village, CO, and Mrs. Josiah Potter of Ann Arbor; one niece, Mrs. William Whitehurst Jr. of Cockeysville, MD; two nephews, James Potter of Alexandria, VA, and William Windrow of Greenwood Village, CO; five great-nieces, great-nephews. She was preceded in death by one sister, Emily Bridge. Miss Bridge was employed by Wagner & Company for many years as a secretary and accountant, and later at Icerman, Johnson, Hoffman and continued to do monthly statements for the Ann Arbor club. Cremation has taken place. A memorial service will be held at a later date. Arrangements by the MUEHLIG CHAPEL.