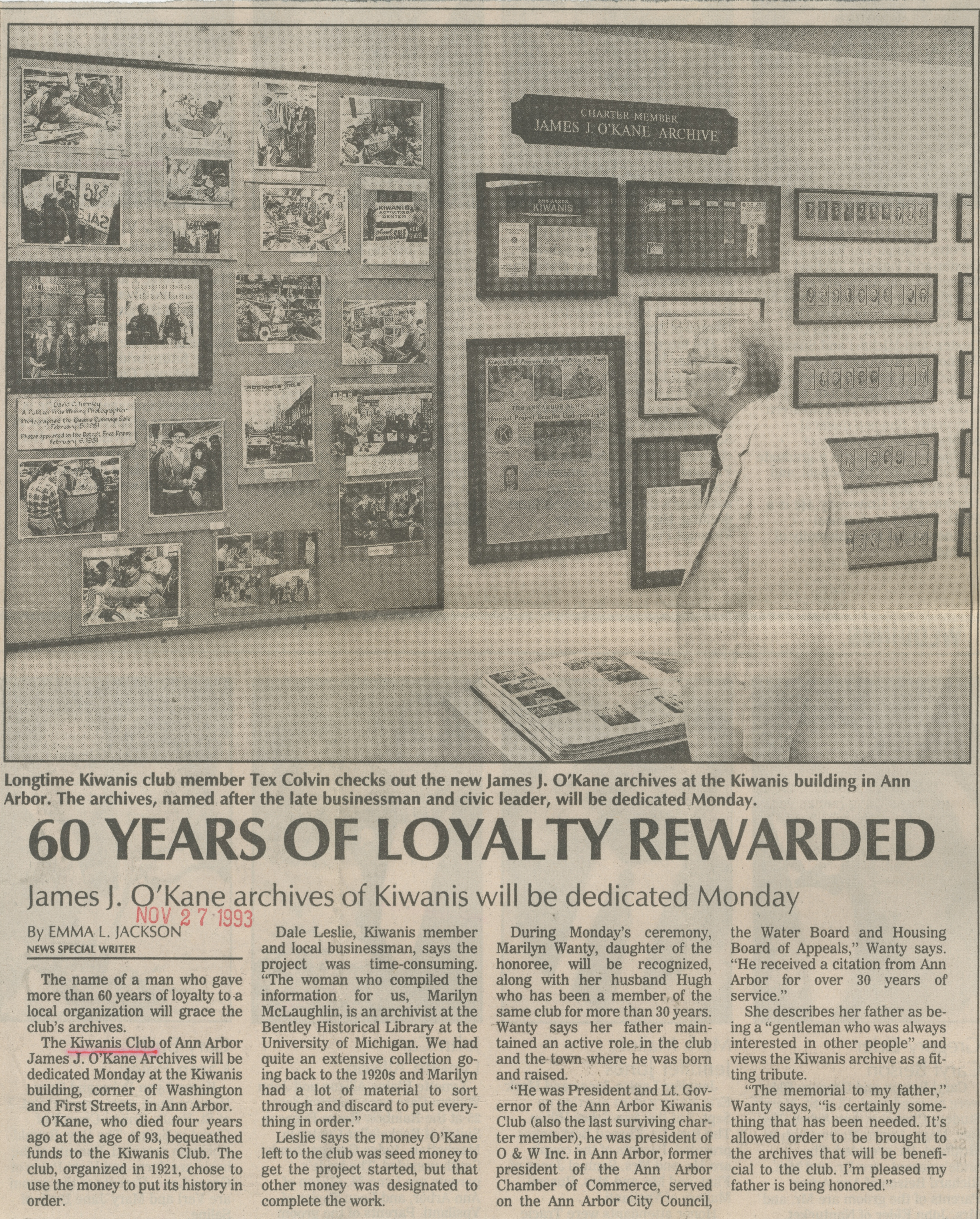 ﻿Longtime Kiwanis club member Tex Colvin checks out the new James J. O'Kane archives at the Kiwanis building in Ann Arbor. The archives, named after the late businessman and civic leader, will be dedicated Monday.

James J. O'Kane archives of Kiwanis will be dedicated Monday

The name of a man who gave more than 60 years of loyalty to a local organization will grace the club’s archives.

The Kiwanis Club of Ann Arbor James J. O’Kane Archives will be dedicated Monday at the Kiwanis building, comer of Washington and First Streets, in Ann Arbor.

O’Kane, who died four years ago at the age of 93, bequeathed funds to the Kiwanis Club. The club, organized in 1921, chose to use the money to put its history in order.

Dale Leslie, Kiwanis member and local businessman, says the project was time-consuming. “The woman who compiled the information for us, Marilyn McLaughlin, is an archivist at the Bentley Historical Library at the University of Michigan. We had quite an extensive collection going back to the 1920s and Marilyn had a lot of material to sort through and discard to put everything in order.”

Leslie says the money O’Kane left to the club was seed money to get the project started, but that other money was designated to complete the work.

During Monday’s ceremony, Marilyn Wanty, daughter of the honoree, will be recognized, along with her husband Hugh who has been a member, of the same club for more than 30 years. Wanty says her father maintained an active role in the club and the town where he was born and raised.

She describes her father as being a “gentleman who was always interested in other people” and views the Kiwanis archive as a fitting tribute.

“The memorial to my father,” Wanty says, “is certainly something that has been needed. It’s allowed order to be brought to the archives that will be beneficial to the club. I’m pleased my father is being honored.”