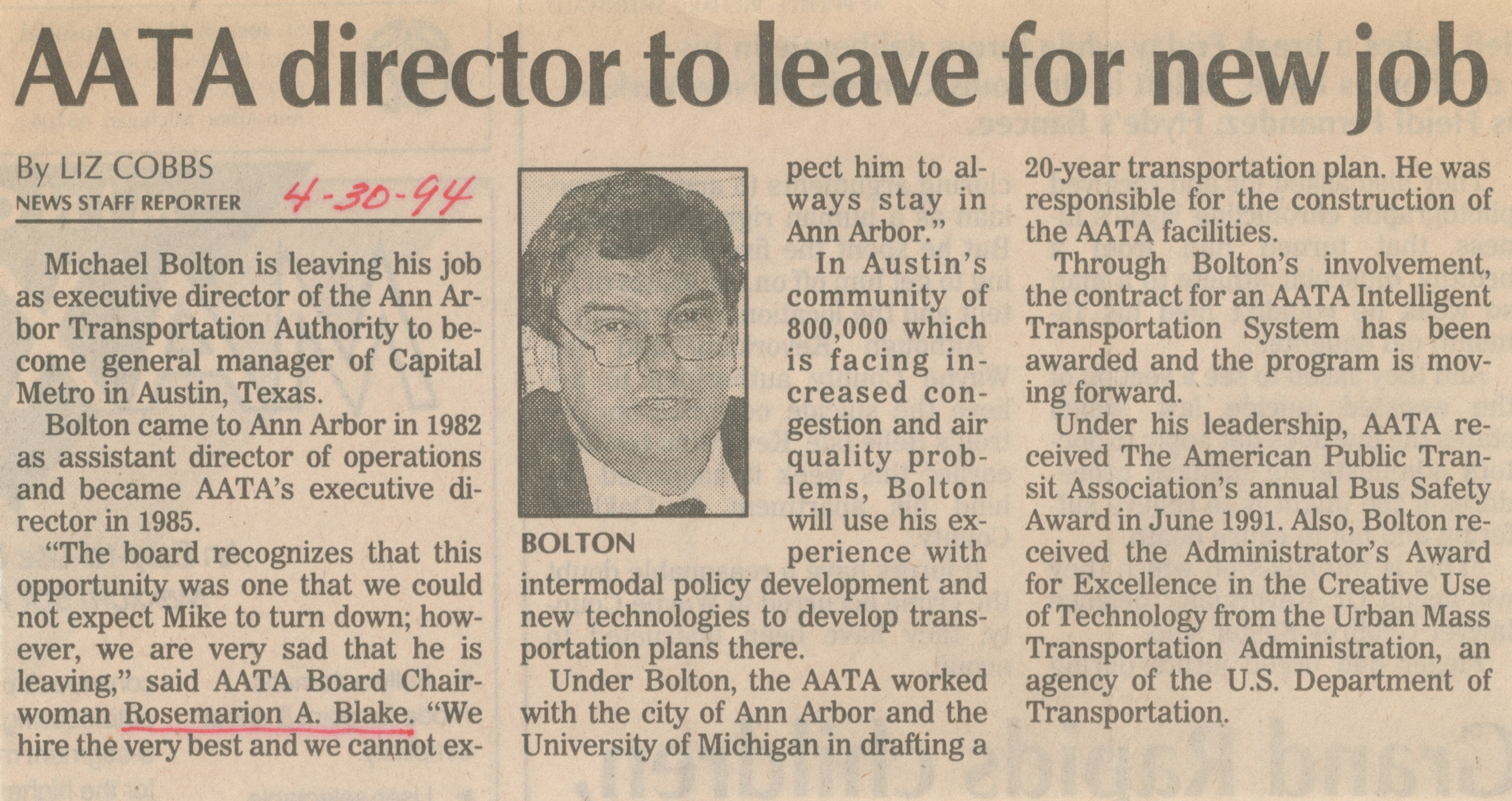 Michael Bolton is leaving his job as executive director of the Ann Arbor Transportation Authority to become general manager of Capital Metro in Austin, Texas.

Bolton came to Ann Arbor in 1982 as assistant director of operations and became AATA’s executive director in 1985.

“The board recognizes that this opportunity was one that we could not expect Mike to turn down; however, we are very sad that he is leaving,” said AATA Board Chairwoman Rosemarion A. Blake. “We hire the very best and we cannot expect him to always stay in Ann Arbor.”

In Austin’s community of 800,000 which is facing increased congestion and air quality problems, Bolton will use his experience with intermodal policy development and new technologies to develop transportation plans there.

Under Bolton, the AATA worked with the city of Ann Arbor and the University of Michigan in drafting a 20-year transportation plan. He was responsible for the construction of the AATA facilities.

Through Bolton’s involvement, the contract for an AATA Intelligent Transportation System has been awarded and the program is moving forward.

Under his leadership, AATA received The American Public Transit Association’s annual Bus Safety Award in June 1991. Also, Bolton received the Administrator’s Award for Excellence in the Creative Use of Technology from the Urban Mass Transportation Administration, an agency of the U.S. Department of Transportation.