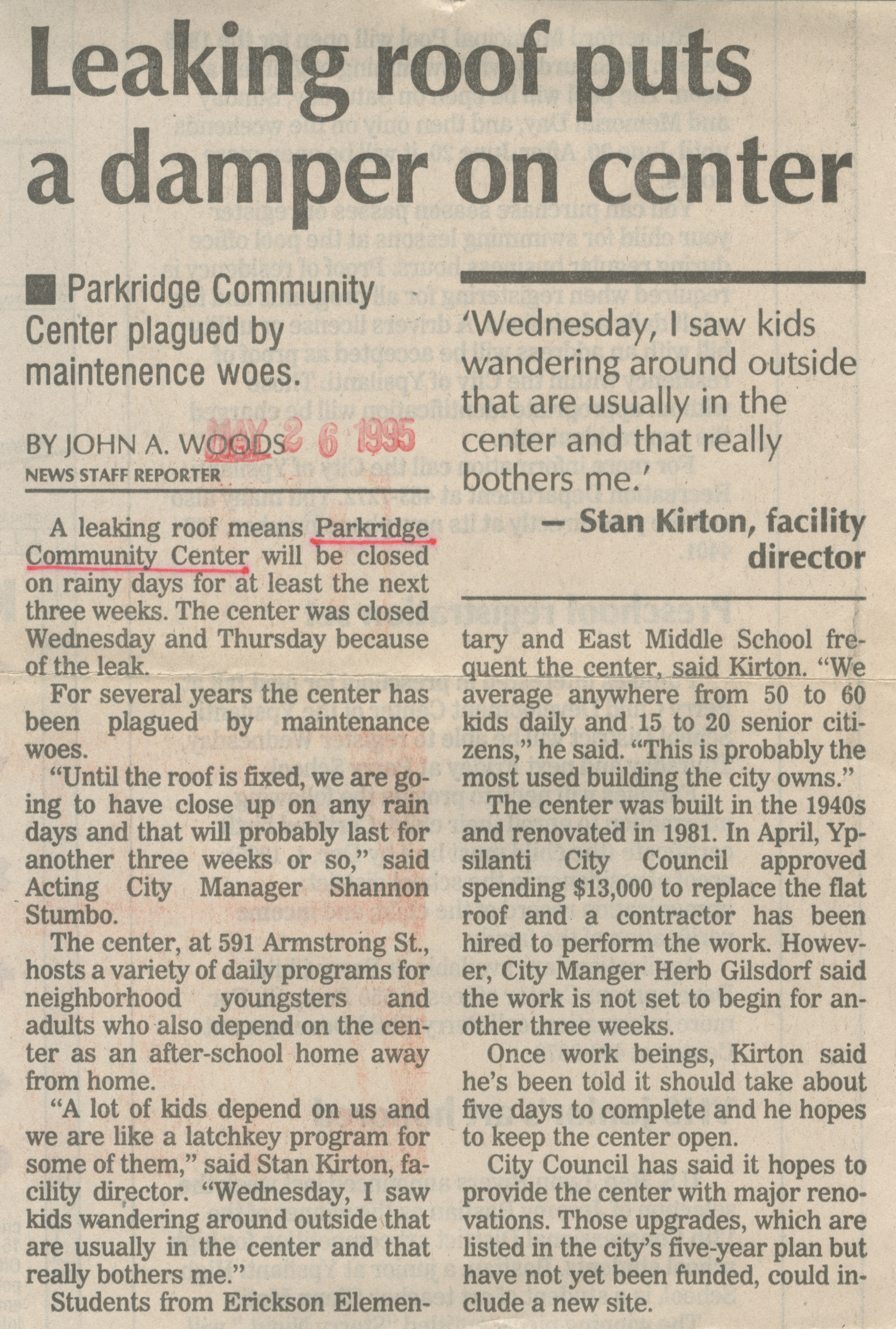 'Wednesday, I saw kids wandering around outside that are usually in the center and that really bothers me.'

BY JOHN A WOODS

A leaking roof means Parkridge Community Center will Tie closed’ on rainy days for at least the next three weeks. The center was closed Wednesday and Thursday because of the leak.

For several years the center has been plagued by maintenance woes.

“Until the roof is fixed, we are going to have close up on any rain days and that will probably last for another three weeks or so,” said Acting City Manager Shannon Stumbo.

The center, at 591 Armstrong St., hosts a variety of daily programs for neighborhood youngsters and adults who also depend on the center as an after-school home away from home.

“A lot of kids depend on us and we are like a latchkey program for some of them,” said Stan Kirton, facility director. “Wednesday, I saw kids wandering around outside that are usually in the center and that really bothers me.”

Students from Erickson Elementary and East Middle School frequent the center, said Kirton. “We average anywhere from 50 to 60 kids daily and 15 to 20 senior citizens,” he said. “This is probably the most used building the city owns.”

The center was built in the 1940s and renovated in 1981. In April, Yp-silanti City Council approved spending $13,000 to replace the flat roof and a contractor has been hired to perform the work. However, City Manger Herb Gilsdorf said the work is not set to begin for another three weeks.

Once work beings, Kirton said he’s been told it should take about five days to complete and he hopes to keep the center open.

City Council has said it hopes to provide the center with major renovations. Those upgrades, which are listed in the city’s five-year plan but have not yet been funded, could include a new site.