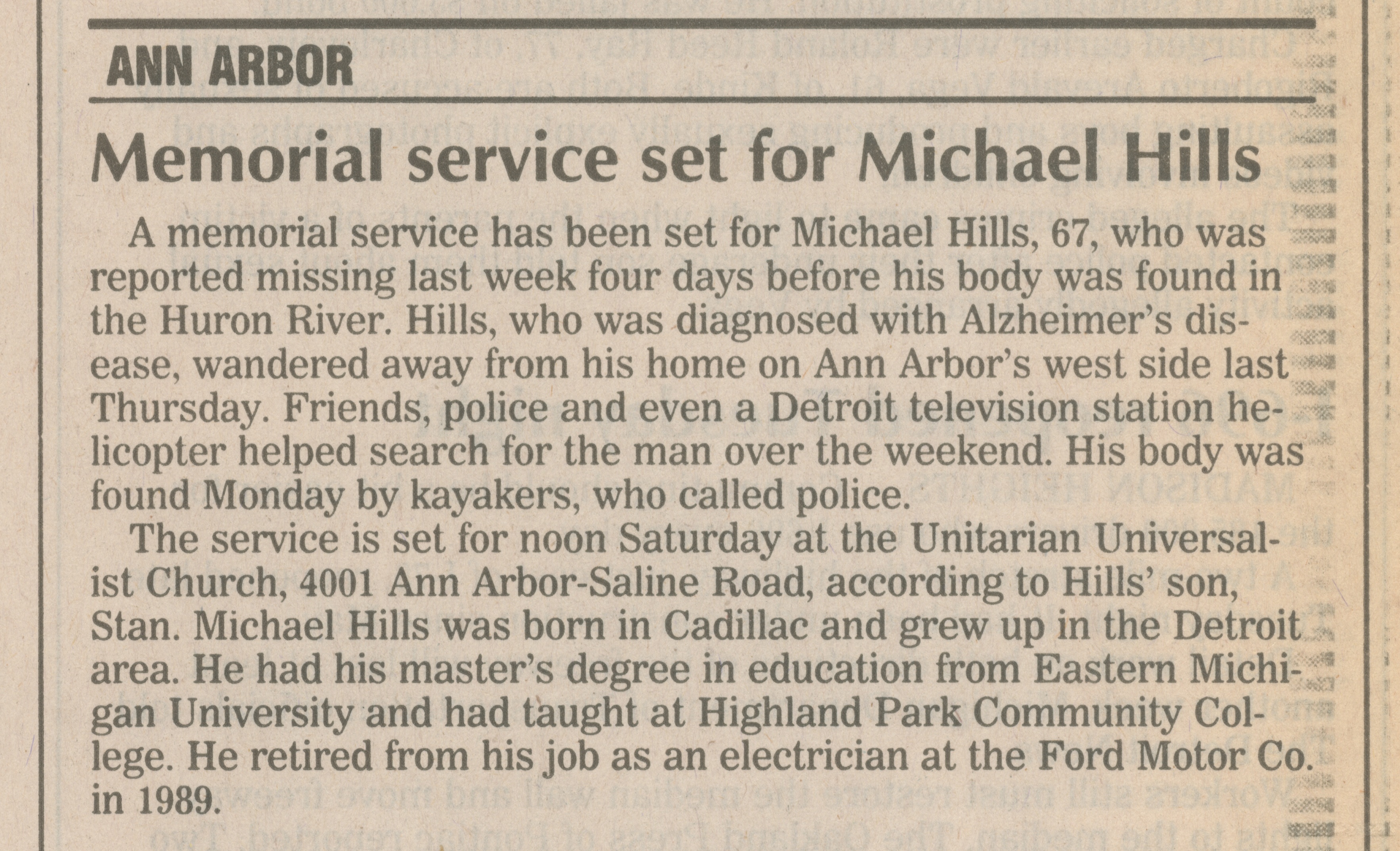 A memorial service has been set for Michael Hills, 67, who was reported missing last week four days before his body was found in the Huron River. Hills, who was diagnosed with Alzheimer's disease, wandered away from his home on Ann Arbor's west side last Thursday. Friends, police and even a Detroit television station helicopter helped search for the man over the weekend. His body was found Monday by kayakers, who called police.
The service is set for noon Saturday at the Unitarian Universalist Church, 4001 Ann Arbor-Saline Road, according to Hills' son, Stan. Michael Hills was born in Cadillac and grew up in the Detroit area. He had his master's degree in education from Eastern Michigan University and had taught at Highland Park Community College. He retired from his job as an electrician at the Ford Motor Co. in 1989.