The two historically Black churches, Second Baptist and the African Methodist Episcopal (AME), were represented in both Ann Arbor and Ypsilanti. In Ann Arbor the AME church was Bethel, while in Ypsilanti it was the Brown Chapel AME. These churches played a big part in their parishioners' lives, going far beyond just Sunday services, which themselves could be a whole-day event. The congregants served as ushers and as trustees, sang in the choirs, were in the Nursing Guild and Helping Hands Outreach Ministry, served as pastor's aides, Sunday school teachers--the list goes on. The churches provided a social network; it was not unusual to meet your future spouse at church. 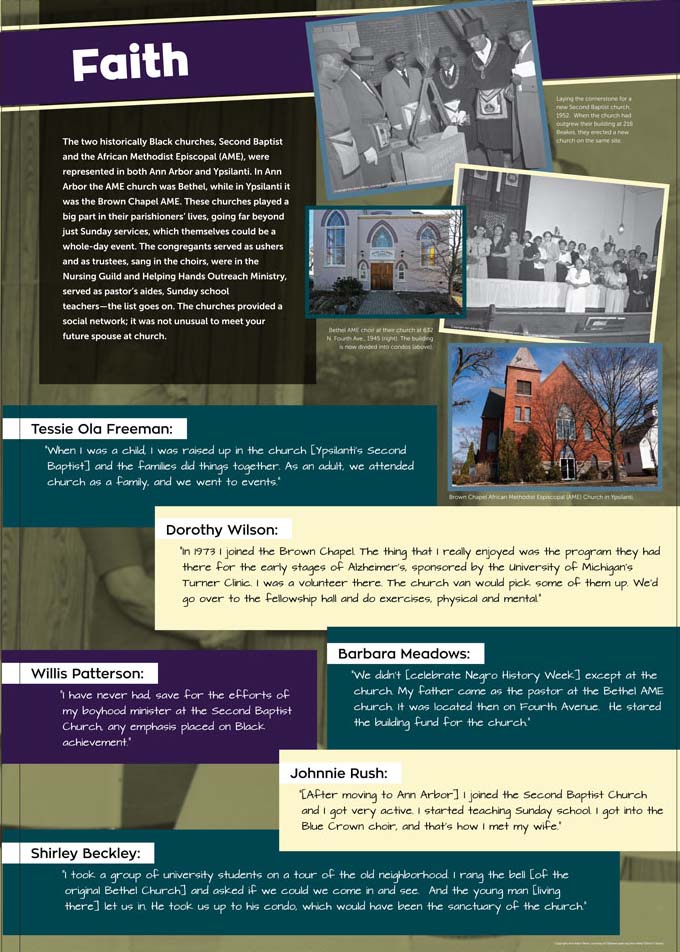