Orchestra rehearsal in University hall in the 1890s 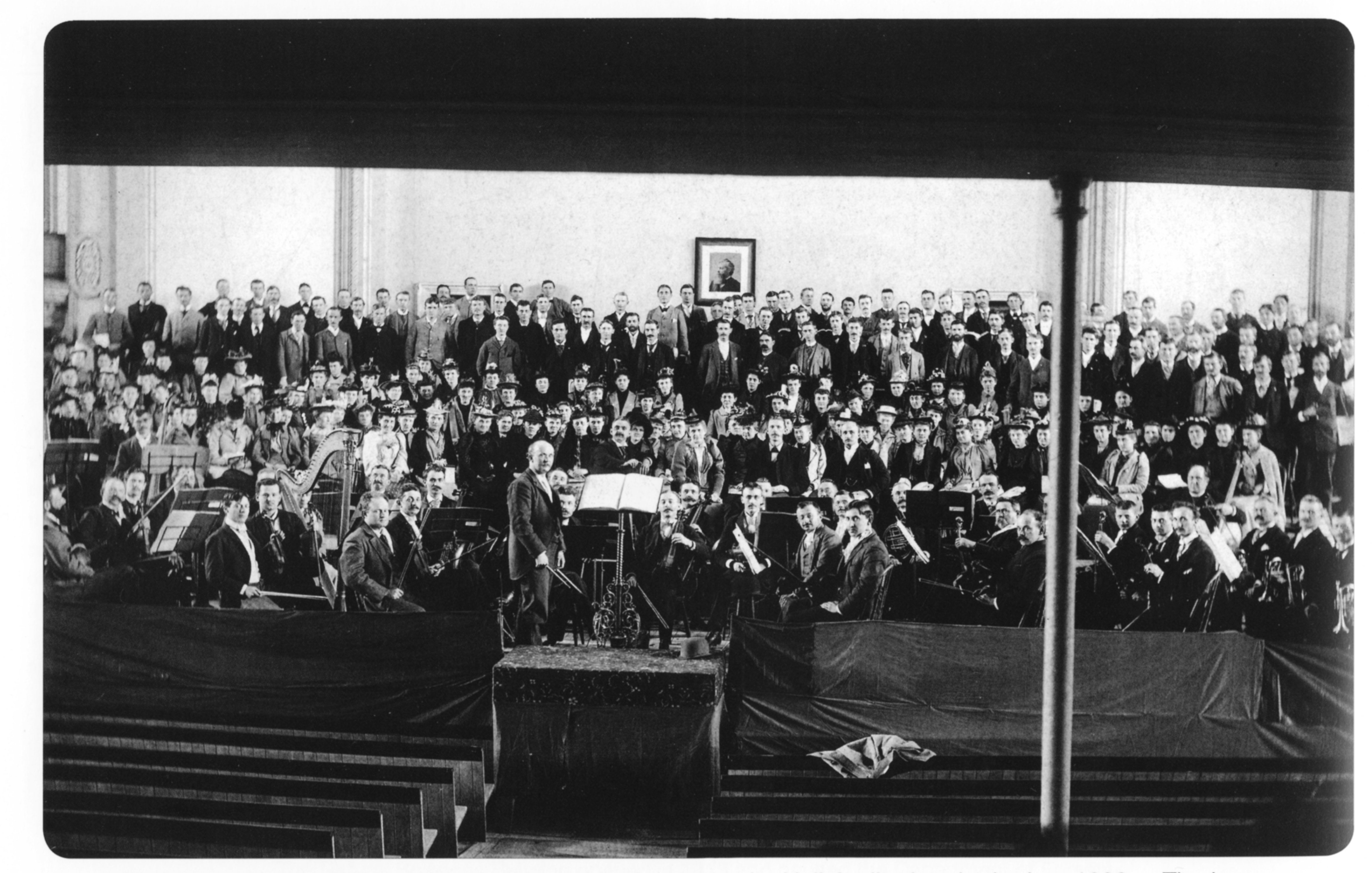 Professor Albert Stanley conducts a choral and orchestra rehearsal in University hall in the 1890s. A portrait of Henry Simmons Frieze, a founder of the choral union, is on the rear wall. The school of music thrived under the energetic leadership of professor Stanley, director of the University Musical Society from 1888 to 1921. A permanent home for the school of music was built on Maynard street in 1893. Although it became a part of um in 1929, UMS retained control until 1940 when they moved their offices into the recently built Burton tower. The UM school of music moved to a new building on north campus in 1964.