Gather round, children, today we hear the tale of a con man most foul. Even though little Christian Karl Gerhartsreiter was born in Germany, he eventually conned his way into New York society by impersonating a Rockefeller. Fooling people into thinking he had some famous relatives wasn’t the worst of his crimes though.  Gerhartsreiter kidnapped his own daughter and is a major suspect in the disappearance of a married couple. It was a long road from Germany to the top of society, obviously sacrifices were made along the way, but Gerhartsreiter was willing to go the distance. Gerhartsreiter knew he was destined for bigger things, so when he met Elmer and Jean Kelln, an American couple vacationing in Germany, he leapt at the chance to become friends with them. Gerhartsreiter then emigrated to the United States by claiming that the Kellns had invited him to stay with them. Search for the name of the first city Gerhartsreiter settled in and search for it in the AADL catalog.

This badge has been awarded to 522 players

"Wisconsin University" - really? That nitpick aside, I do prefer this Scamdal badge to the Theranos one, since it involves some catalog searches.

Fascinating story about this…

Fascinating story about this fellow Gerhartsreiter! I am loving this scandal series, very interesting, and great writing (often very funny) writing for the badges! Thanks for the fun!

I looked up the c*** w** for the third clue but after 25 results I have no code yet. How many results do you need to search to find it?

It sounds like you're on the wrong track. Wikipedia is a great place to find out more about Christian Gerhartsreiter's life. When you find the last name of the missing man, that IS your code and you can enter that to get to the next clue.

In the catalog record for…

In the catalog record for the last clue, the personal name subject heading is misspelled, so a subject word search does not retrieve the record. 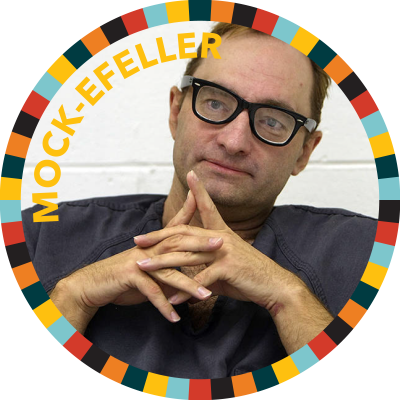