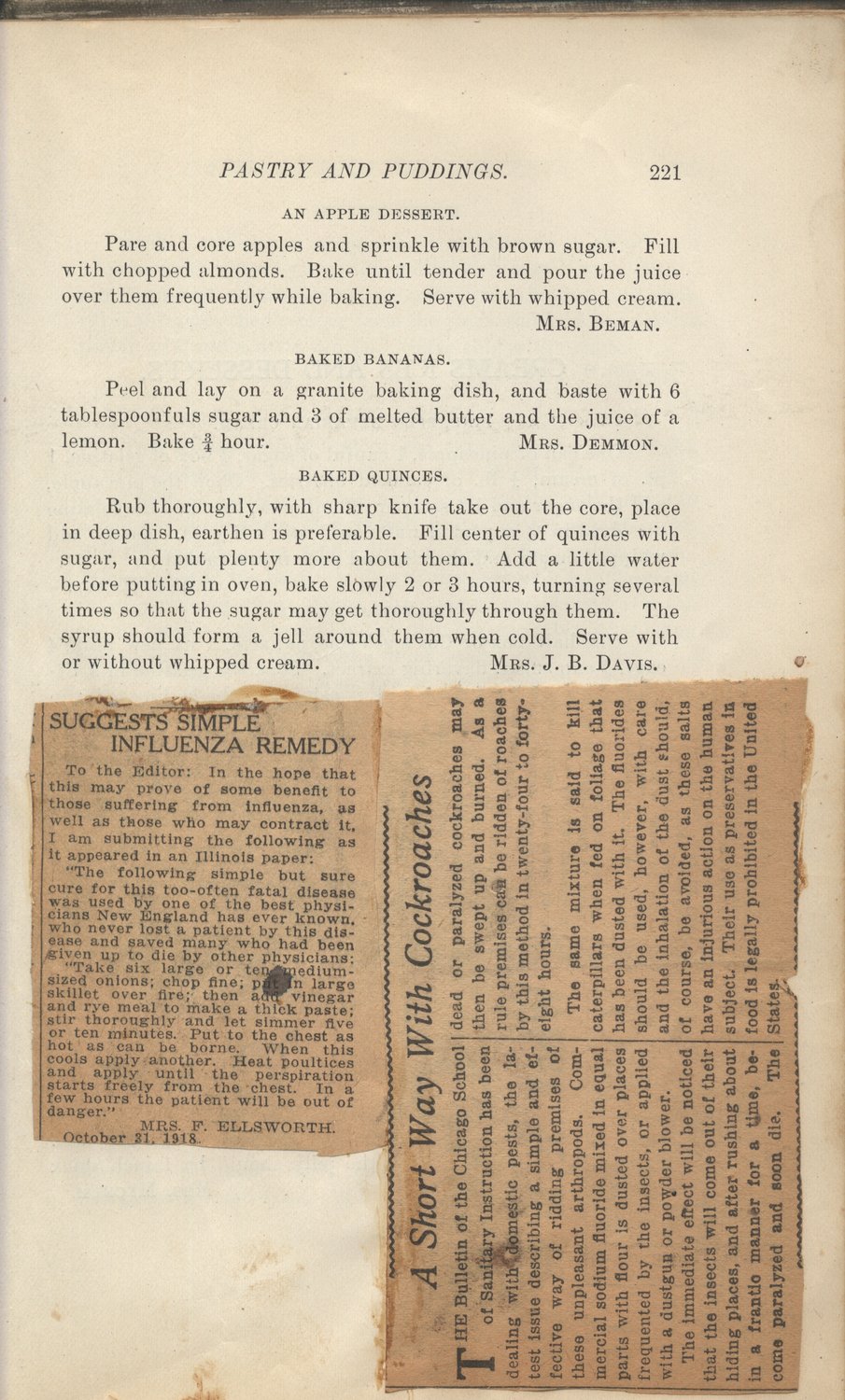 To the Editor: In the hope that this may prove of some benefit to those suffering from influenza, as well as those who may contract it. I am submitting the following as it appeared in an Illinois paper: The following simple but sure cure for this too-often fatal disease was used by one of the best physicians New England has ever known. who never lost a patient by this disease and saved many who had been given up to die by other physicians: "Take six large or ten medium-sized onions; chop fine; then large skillet over fire; then add vinegar and rye meal to make a thick paste; stir thoroughly and let simmer five or ten minutes. Put to the chest as hot as can be borne. When this cools apply another. Heat poultices and apply until the perspiration starts freely from the chest. In a few hours the patient will be out of danger." October 21, 1918.