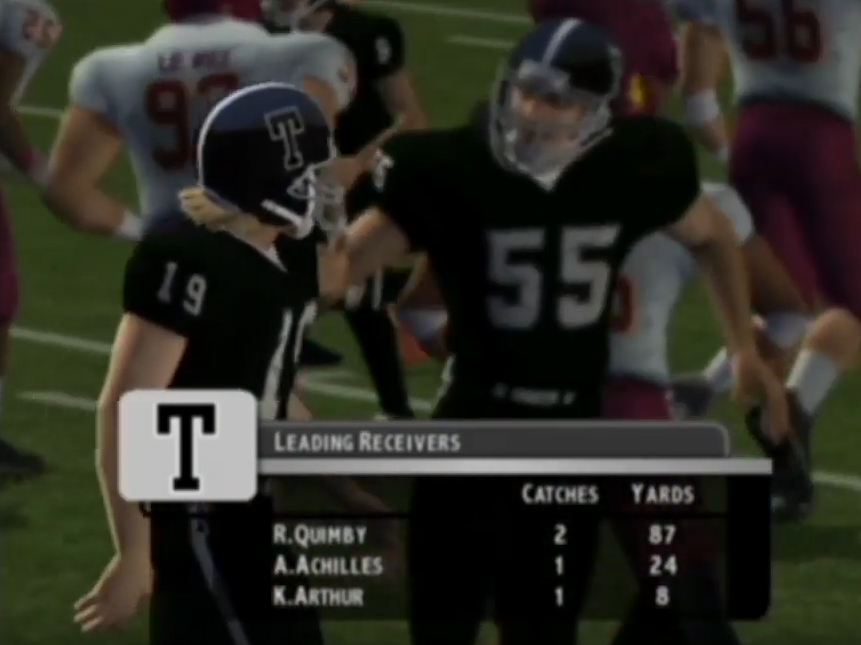 Domination from tip of the horn to end of the tail—that describes the 10th-ranked Narwhals’ season-opening 52-0 shutout of Central Michigan. Zero punts, 451 yards of offense, and 324 yards passing from junior quarterback Roland Deschain, including five touchdowns—three to indestructible junior wideout A. Achilles.

Sophomore Ralph Mouse established himself as the team’s primary ballcarrier with six rushes for 82 yards and a TD in the win. The Narwhals did suffer some breaks—defensive end Jon Snow was grievously injured and it’s unknown whether or not he’ll return this season (but how can the story continue without him?). 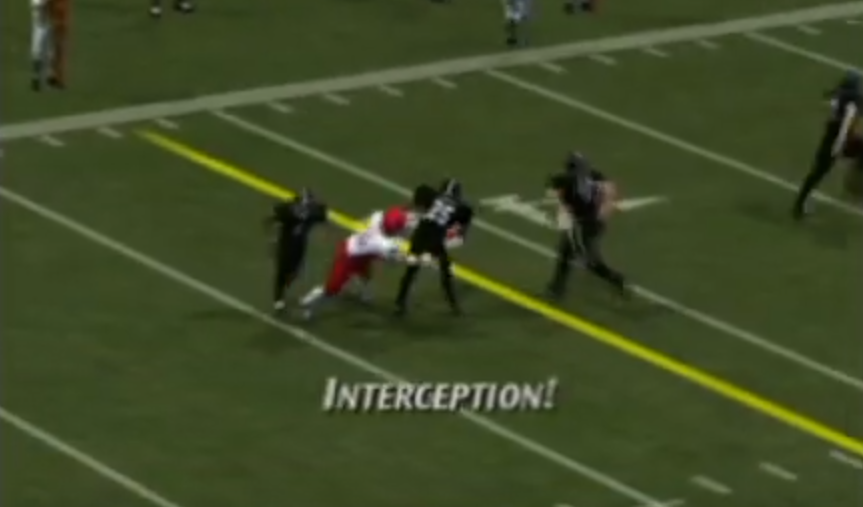 The ninth-ranked Treton College Fightin’ Narwhals extended their flawless defensive streak to eight quarters with a 43-0 drubbing of the Houston Cougars in Wilson Stadium. The Narwhal offense was smooth with a pointy end, led by an efficient 7-for-11 performance by junior QB Roland Deschain for 120 yards and TD to go along with the junior’s three carries for 52 yards and a score.

The defense dragged Houston’s O to the depths of the briny deep, led by a standout performance from The Mandalorian with its first interception of the season to go along with four vicious tackles. 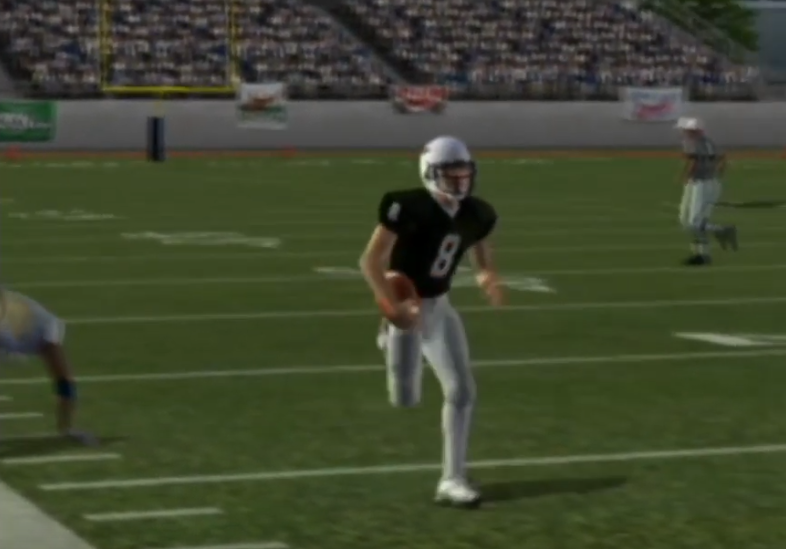 Another game, another shutout. When will the real competition begin?! The ninth-ranked under-appreciated Narwhals locked up the Notre Dame Fightin' Irish, 27-0 in a game for the opposite of the ages. Pure dominance. NEXT! 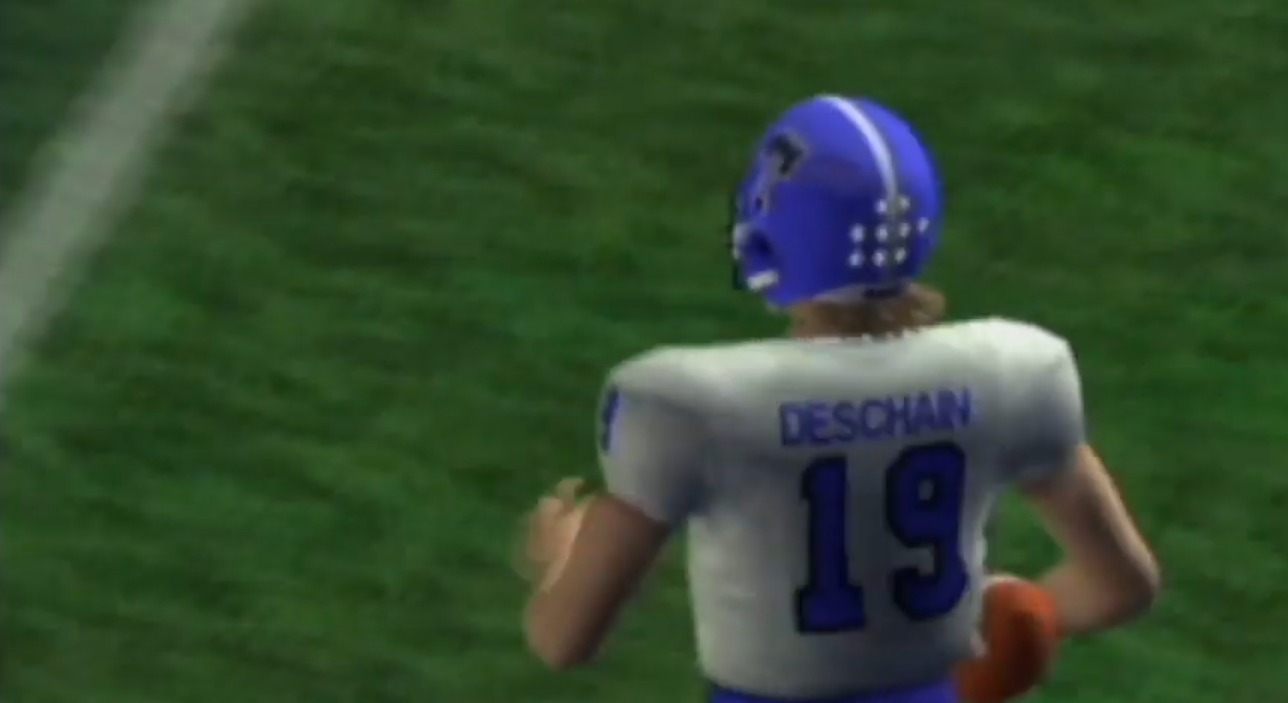 YOU CUT THEM! YOU HURT THEM! YOU SEE!? THEY'RE NOT MACHINES, THEY'RE MEN! Oregon's coaches yelled and snaps towels on the sideline following the Ducks' field goal in the second quarter—the first points scored on Treton in the 2020 season—13 quarters of unblemished defensive glory. But the game wasn't as close as the score indicated—a 20-10 Narwhal victory over the hapless home water fowl. 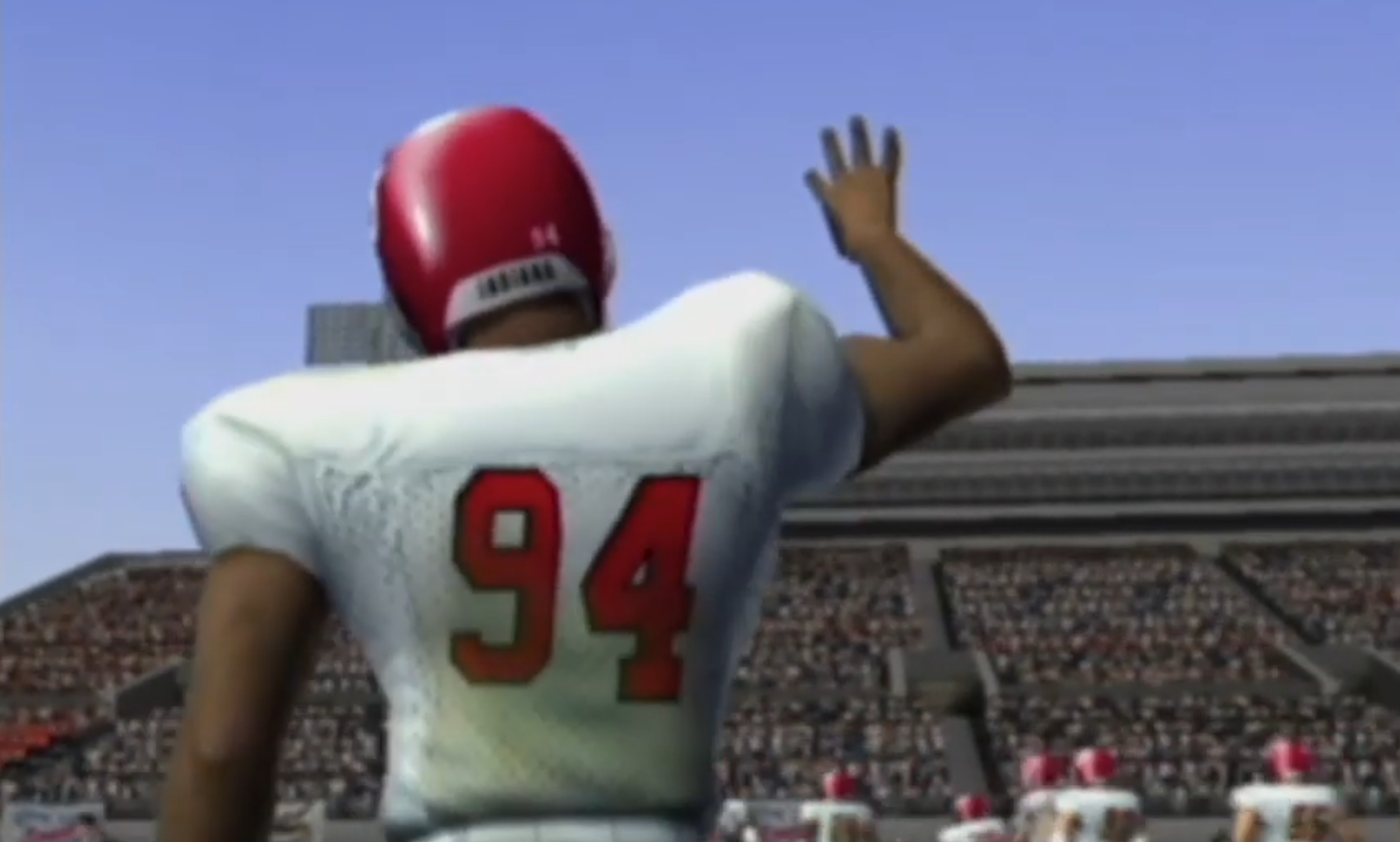 The Narwhals' first true test of the season was more like that satisfaction survey you get after you buying wireless headphones at Best Buy. Indiana was able to score—two mid-range field goals—but the Treton defense remained strong (not like it's offense that sputtered like a rusty cropduster) in a 17-6 win over the Indiana Hoosiers. The sixth-ranked Narwhals had their air attack matched by the Hoosiers, but the rushing prowess of Ralph S.Mouse (15 carries for 89 yards) helped push the 'Whals over the top.

Junior QB Roland Deschain continued his gunslinger ways, throwing two picks but also connecting with wideout Achilles for a big 43-yard-touchdown with just seven seconds remaining in the second half. The road ahead looks paved with stout defensive performances and more heartache and headburn for Narwhal fans who appreciate a clean gridiron football offense. 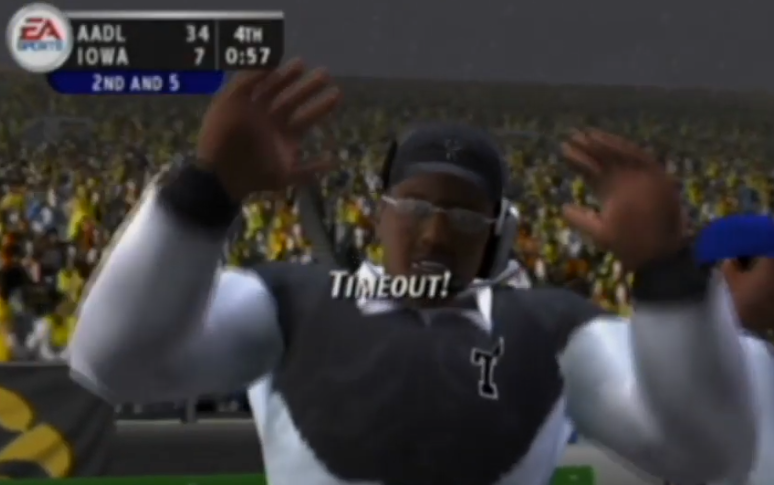 The sixth-ranked Narwhals held home Iowa to under 175 yards of offense and once again dominated the running game 121 yards to 53 in a lopsided 34-7 win in Iowa City. In the rain, junior QB Roland Deschain was asked to be a game manager more than a game winner in an efficient 5-for-9 performance with two TDs (one an 84-yard bomb to Ramona Quimby) and one interception. Halfback Ralph S. Mouse carted the ball 14 times for 52 yards, but it was a breakout game from sophomore fullback Elephant Gerald that broke down the gates—with six carries for 70 yards and a score.

The Narwhal defense knocked the Iowa QB out of the contest in the first quarter and ran up the score 27-0 at the half, including a 50-yard field goal by Bob Pufferfish. The 'Whals forced three fumbles and recovered one in another dominating defensive performance. 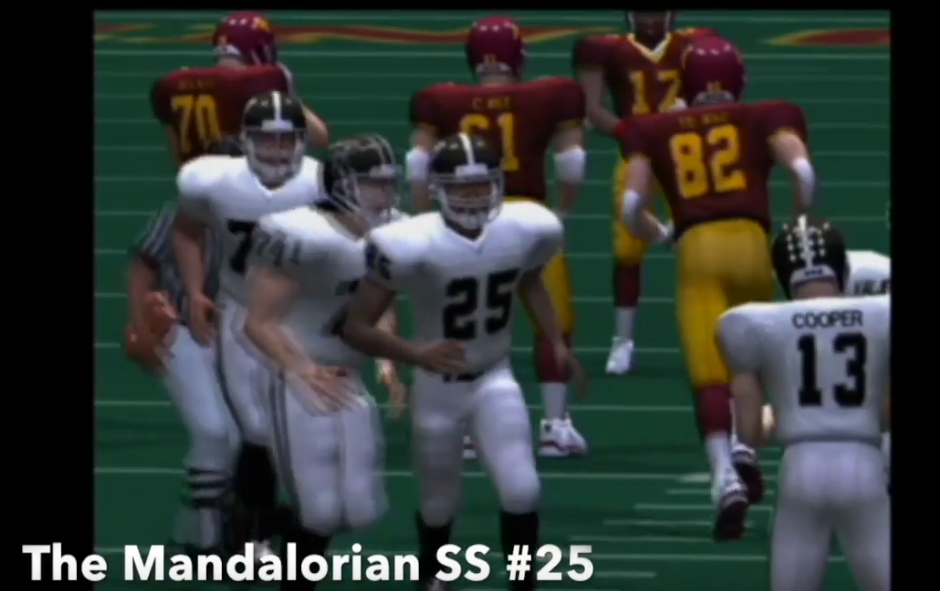 The fourth shutout of the season was perhaps the most impressive against a previously one-loss Minnesota squad. The Narwhals thumped and horned the Gophers, 35-0 on their own home turf, grinding the Gopher offense to a halt and adding the first Treton defensive TD of the year (a 54-yard interception returned to the house).

QB Roland Deschain was amazing, going 15-for-20 for 209 yards and three TDs, while wideout Ramona Quimby added eight catches to her season total for 123 yards. The only blemish—just 35 yards rushing for the 'Whals, which won't hurt the season results but might cost halfback Ralph S. Mouse some Heisman Trophy votes heading into the end of the season. 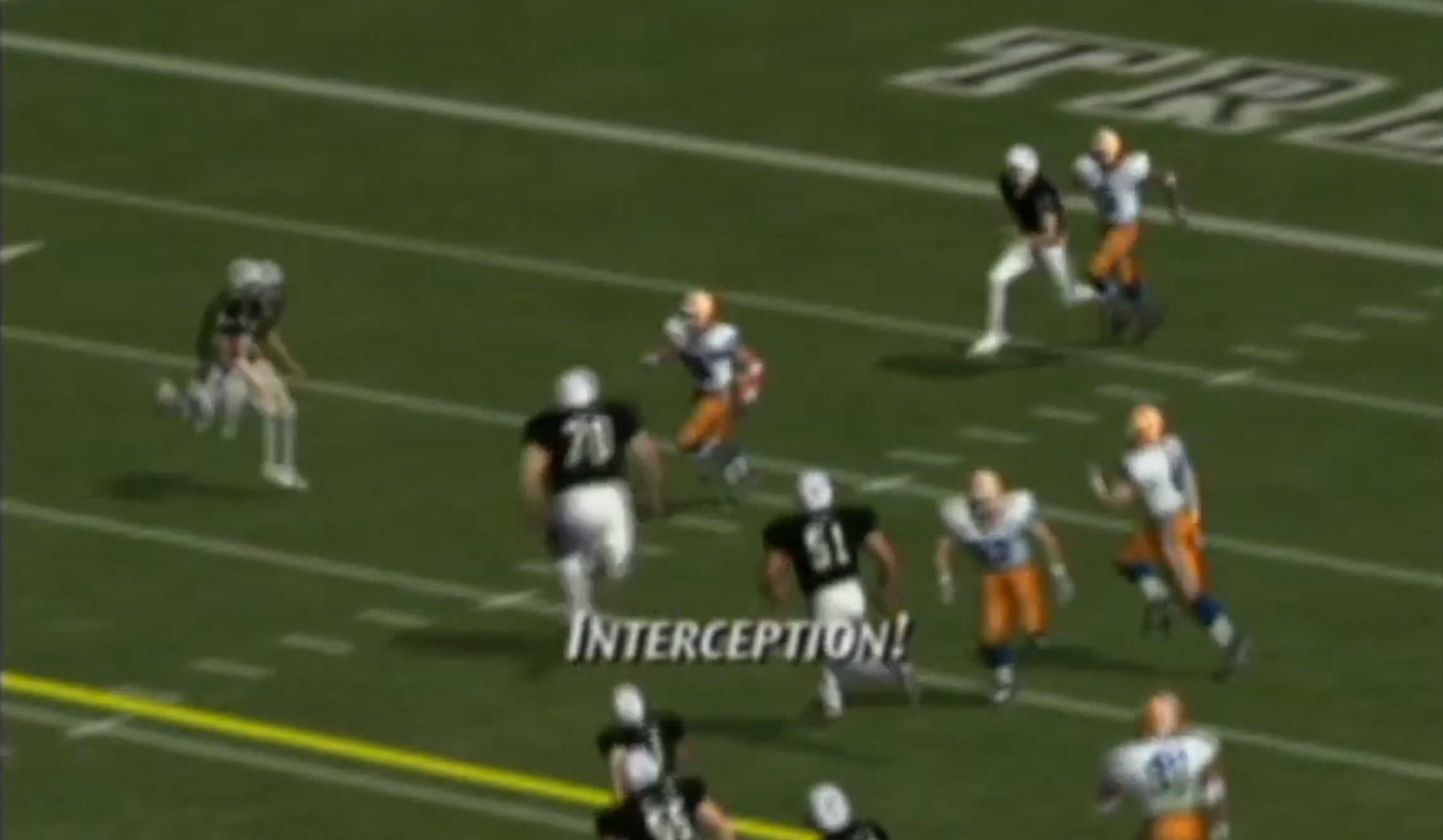 The Ilini managed something no team in the NCAA had this season—they led the Narwhals (by three) until the 'Whals scored a TD and that was the end of that opponent fantasy. The Narwhals ripped off 31 more points to Illinois' three in a 38-6 trouncing in Treton.

QB Roland Deschain had a disappointing outing, going 7-for-11 142 yards for one TD two interceptions, but the offense was bolstered buy the increasingly important play of Piggy, who had 63 yards on the ground and two scores. A third-quarter interception returned for touchdown also helped the Narwhals remain undefeated on the season. 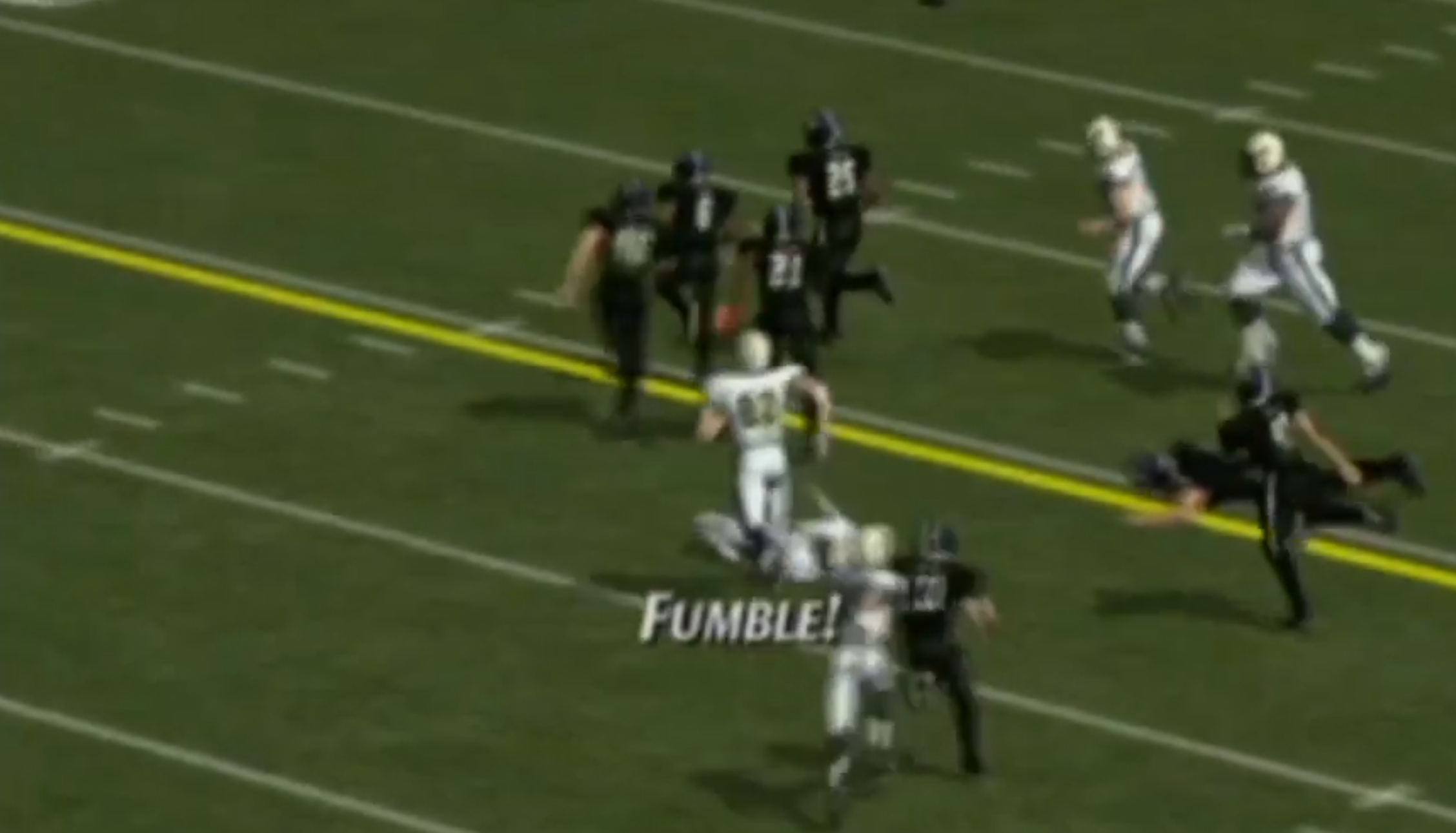 Nobody can beat the Narwhals, right? The Treton College Fightin' 'Whals took Purdue to the bank (THE BLOOD BANK) in a dominating 37-7 win at home. QB Roland Deschain continues to underimpress, going 7-for-10 with 135 yards and an interception, but the Narwhal defense shined bright once again holding the previously 5-2 Boilermakers to a modest showing. Kicker Pufferfish set an NCAA record with a 58-yard field goal to put a little extra salt on those West Lafayette wounds. 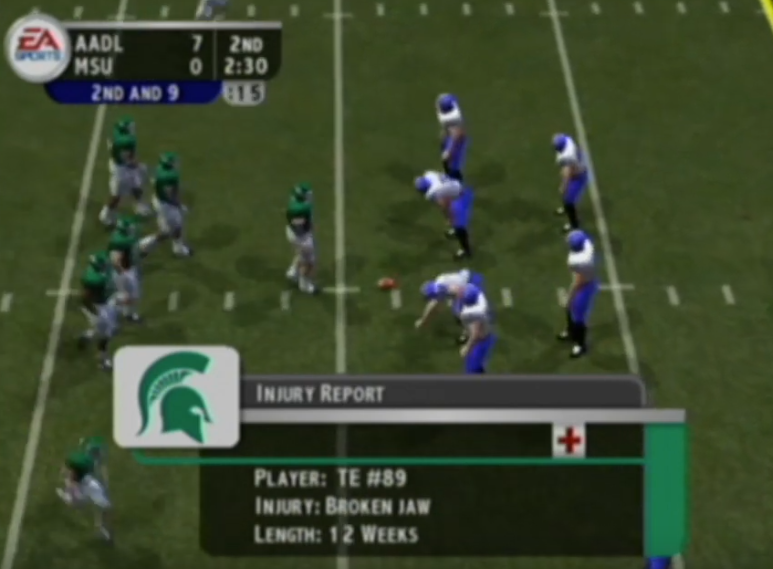 It wasn't as close as the final score made it seem. The Spartans gained just nine yards in the first half and scored a TD with five seconds left in the game, beating the spread in a 20-14 loss to the fourth-ranked Treton Narwhals. The win moved the 'Whals to 10-0 and MSU plummeted further down the standings at 3-6.

QB Roland Deschains was interception-free in a 10-for-19 performance for 150 yards and 2 TDs, while halfback Ralph S. Mouse had 11 rushing attempts for 52 yards. 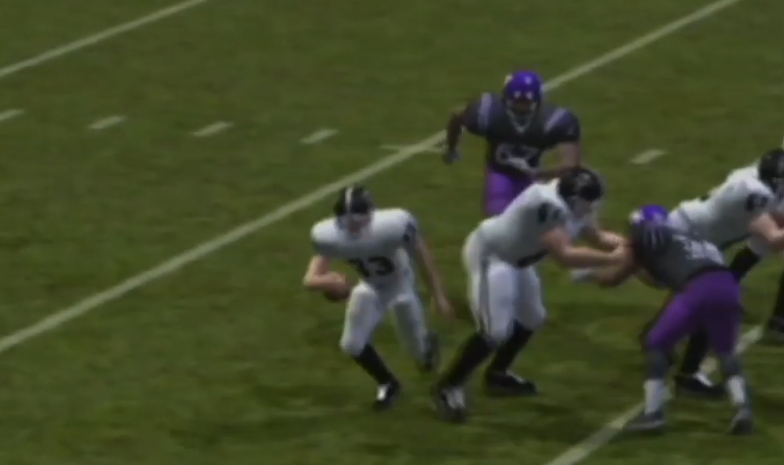 The second-ranked Narwhals sure weren’t overlooking the Northwestern Wildcats in their final road game of the season at Ryan Field—declawing the Cats 52-0 thanks to 232 combined rushing yards and four TDs from Ralph S. Mouse and Piggy.

The ‘Whals scored TDs in the final seconds of both halves to thoroughly dominate the 3-8 Wildcats and set up a clash with the Ohio State Buckeyes in the regular-season finale. A win, and the ‘Whals could be sniffing a bowl trip to decide the national championship. 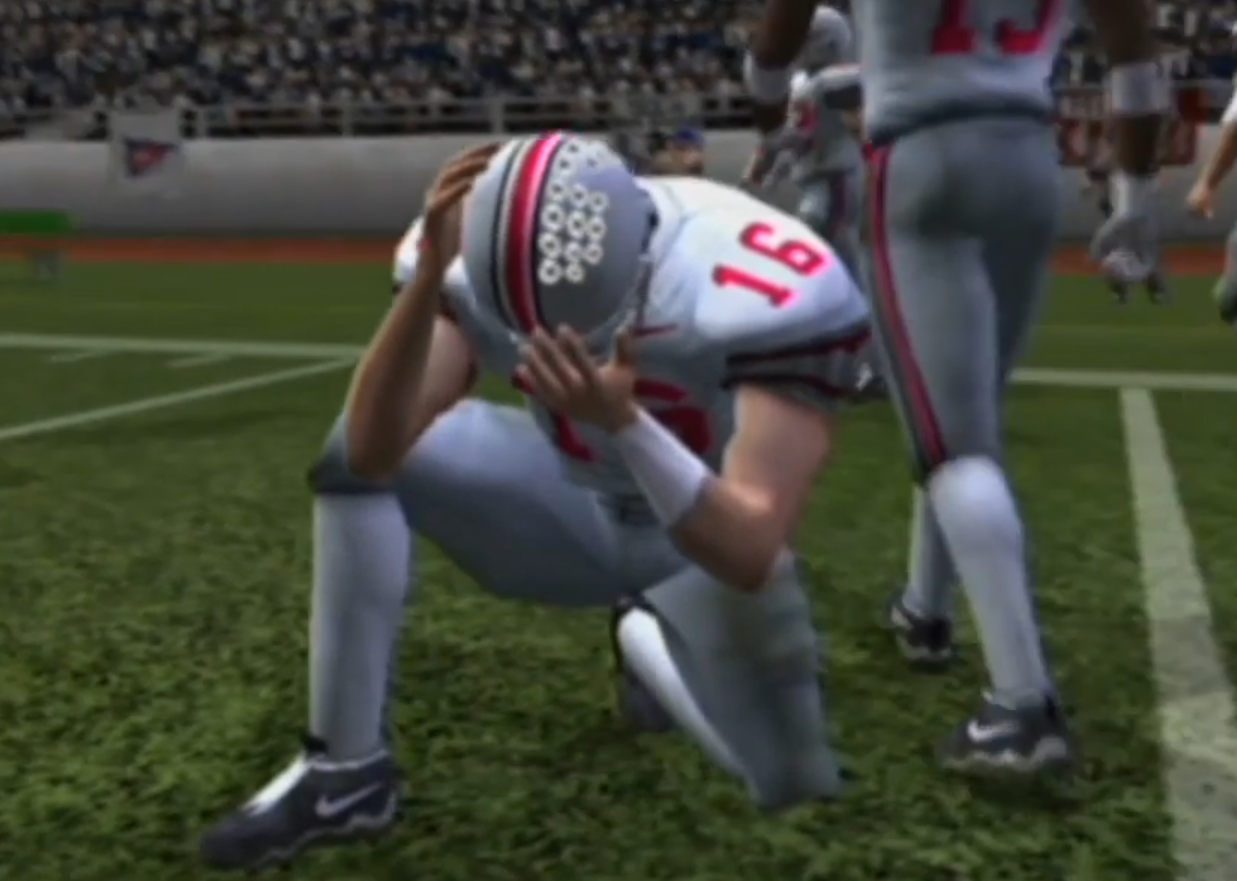 In the most competitive game of the season thus far, the one-loss seventh-ranked Ohio State Buckeyes came to Treton hoping to earn a Big Ten title and dash Narwhal national championship hopes. Led by their halfback who had 52 touchdowns already in the season, the Buckeyes were ready to dehorn the 'Whals and leave town with a victory.

The only thing they didn't count on was the Narwhal defense. Despite losing quarterback Roland Deschain in the second quarter with an injury—replaced by back-up Pete the Cat, who threw an interception on his first drive in the game—and failing to score an offensive touchdown—the Narwhal defense held OSU scoreless in the first half and then bent but didn't break in the second as the 'Whals held on for a 16-10 victory.

The Narwhals are Big Ten champions and head to the national title game to face top-ranked and undefeated Miami in the Sugar Bowl. 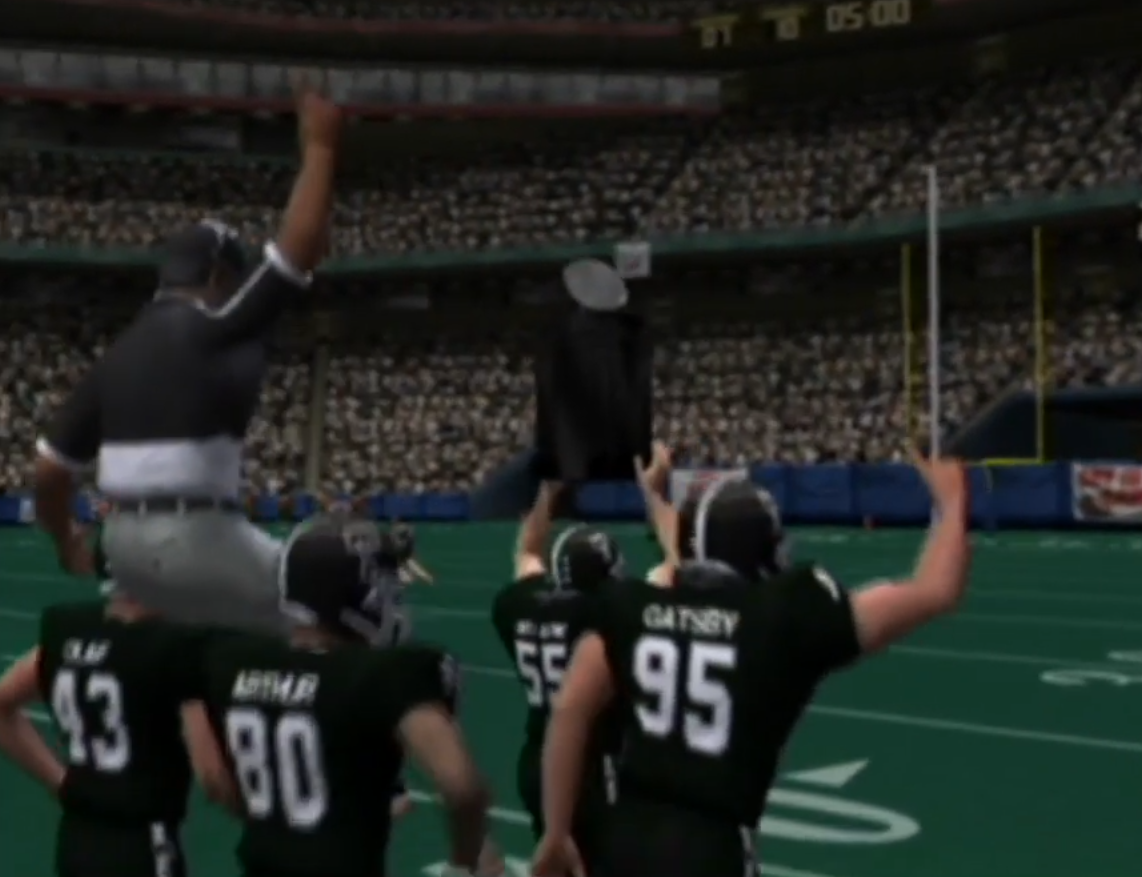 The YOGOPOGO Sugar Bowl matching the top-ranked Miami Hurricanes and their potent offense against the #2 Treton College Fightin' Narwhals and their impenetrable defense. What do they say about unstoppable forces and immovable objects? This. That.

It wasn't an offensive fireworks display, unless you check the multiple meanings of offensive and chuckle to yourself. The teams combined for nine interceptions and the Miami QB alone was sacked five times, but the 'Canes took a 7-0 lead into the half with on again off again off again off again Narwhal QB Roland Deschains completing just four passes—while throwing two into the hands of the Hurricane defense.

The second half looked just as bad, until Treton's own Nick Fury intercepted his second pass of the game and ran it back for a pick-six score, tying the game at 7-7 in the third quarter. Then back and forth and back and forth the offenses sputtered (what a game for punter aficionados!) until with 51 seconds remaining, Deschains threw his fourth INT, giving Miami the ball at midfield. Then, guess what? Another punt. Setting up the most improbable final 20 seconds of any championship tilt.

Deschains completes his fifth pass—then his sixth—and suddenly the Narwhals go from the Treton 20 to the Miami 17 with three seconds left in the game and the steady foot of Pufferfish ready to win it all. Boom—a 29-yard field goal for victory and Deschains can go back to Treton a flawed champion.

But a flawed champion is still a champion. As are all the Narwhals. Good game, chaps. Good game.