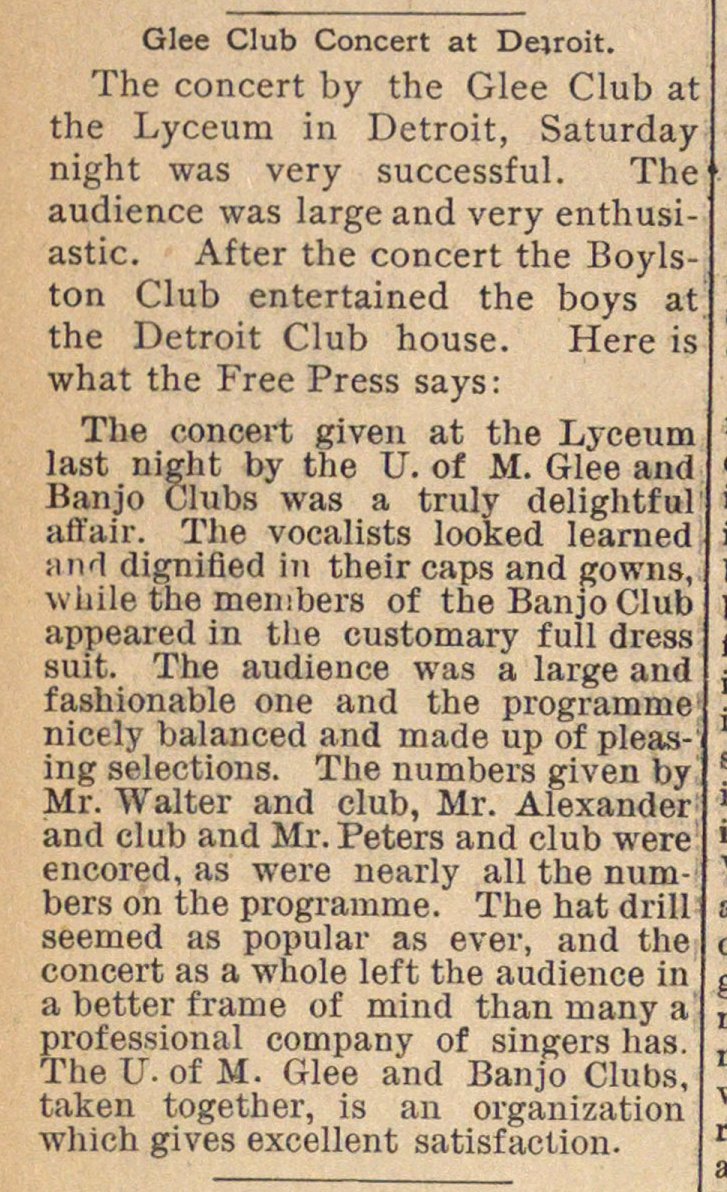 I he concert by the Glee Club at the Lyceum in Detroit, Saturday night was very successful. The audience was large and very enthusiastic. After the concert the Boylston Club entertained the boys at the Detroit Club house. Here is what the Free Press says: The concert given at the Lyceum last night by the U. of M. Glee and Banjo Clubs was a truly delightful affair. The vocalists looked learned íiikI dignified in their caps and gowns, wiiile the members of the Banjo Club appeared in the customary full dress suit. The audience was a large and fashionable one and the programme nicely balanced and made up of pleasing selections. The numbers given by Mr. Walter and club, Mr. Alexander and club and Mr. Peters and club were encored, as were nearly all the numbers on the programme. The hat drill seemed as popular as ever, and the concert as a whole left the audience in a better frame of mind than many a professional company of singers has. The U. of M. Glee and Banjo Clubs, taken together, is an organization which gives excellent satisfaction.