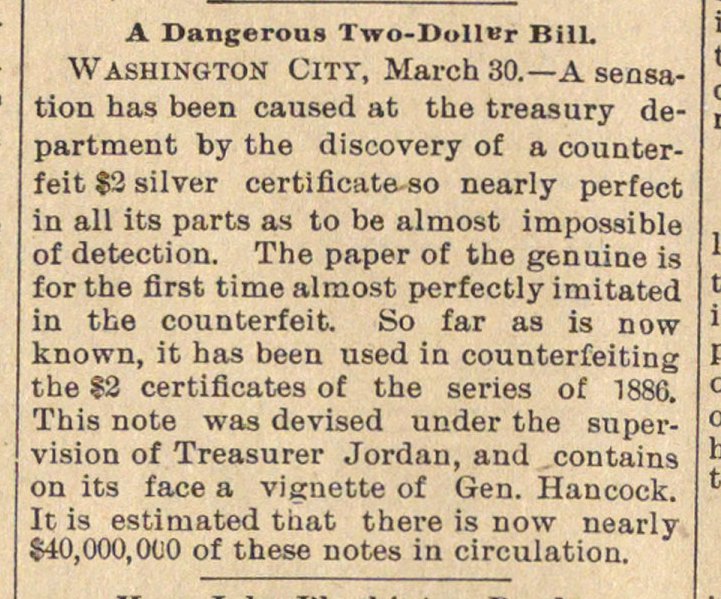 Washington Citt, Maich 30.- A sensation has been caused at the treasury department by the discovery of a counterfeit $2 silver certifícate so nearly perfect in all its parts as to be almost impossible of detection. The paper of the genuine is for the flrst time almost perfectly imitated in the counterfeit. So far as is now known, it has been used in counterfeiting the $2 certificates of the series of 1880. This note was devised under the supervisión of Treasurer Jordán, and contains on its face a vignette of Gen. Hancock. It is estimated that there is now nearly $40,000, 0U0 of these notes in circulation.