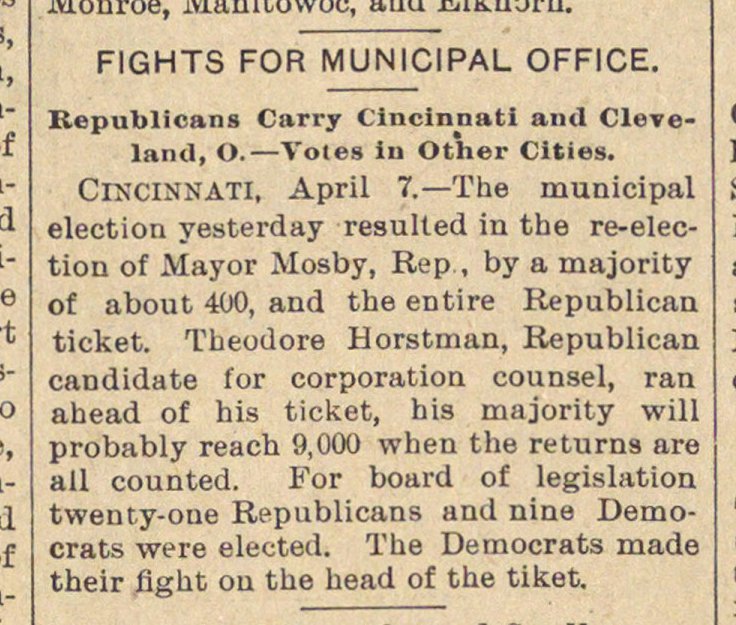 ClXClNNATl, April 7. - The municipal election yesterday resulled in the re-election of Mayor Mosby, Rep , by a majority oL about 4Ü0, and the entire Republican ticket. Theodore Horstman, Republican candidate for Corporation counsel, ran anead of his ticket, bis majority will probably reach 9,000 when the returns are all counted. For board of legislation twenty-one Republicans and nine Democrats were elected. The Democrats made their flght on the head of the tiket.