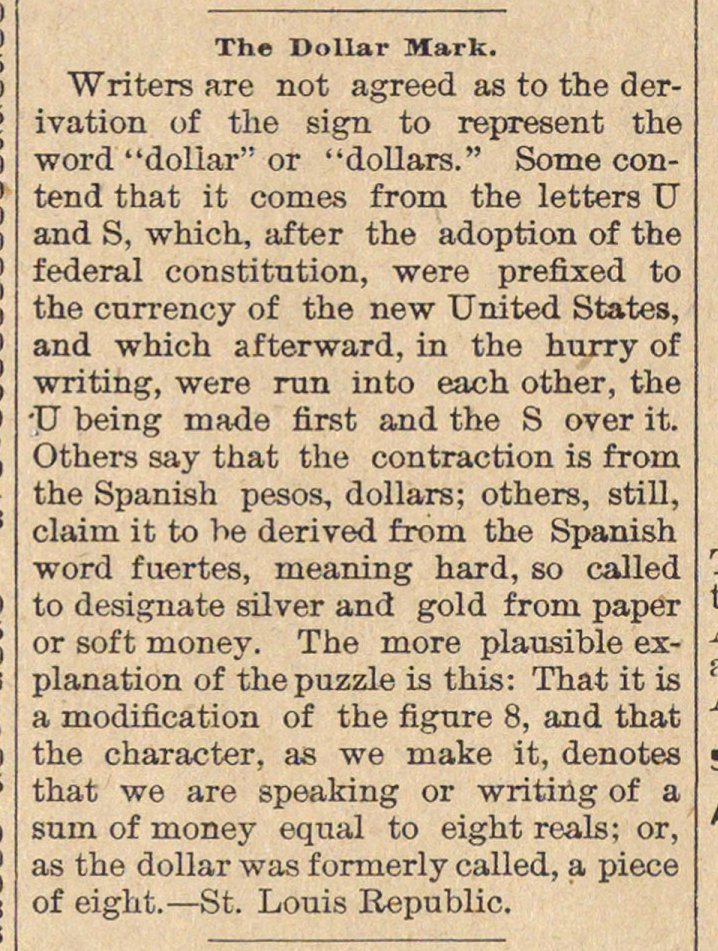 Writers are not agreed as to the derivation of the sign to represent the word "dollar" or "dollars." Some contend that it comas from the letters U and S, whica, after the adoption of the federal constitution, were prefixed to the currency of the new United States, and which afterward, in the hurry of writing, were run into each other, the 'U being made first and the S over it. Others say that the contraction is from the Spanish pesos, dollars; others, still, claim it to he derived from the Spanish word fuertes, meaning hard, so called to designate silver and gold froni paper or soft money. The more plausible explanation of the puzzle is this: That it is a modification of the figure 8, and that the character, as we make it, denotes that we are speaking or writing of a sum of money equal to eight reals; or, as the dollar was formerly called, a piece of eight.