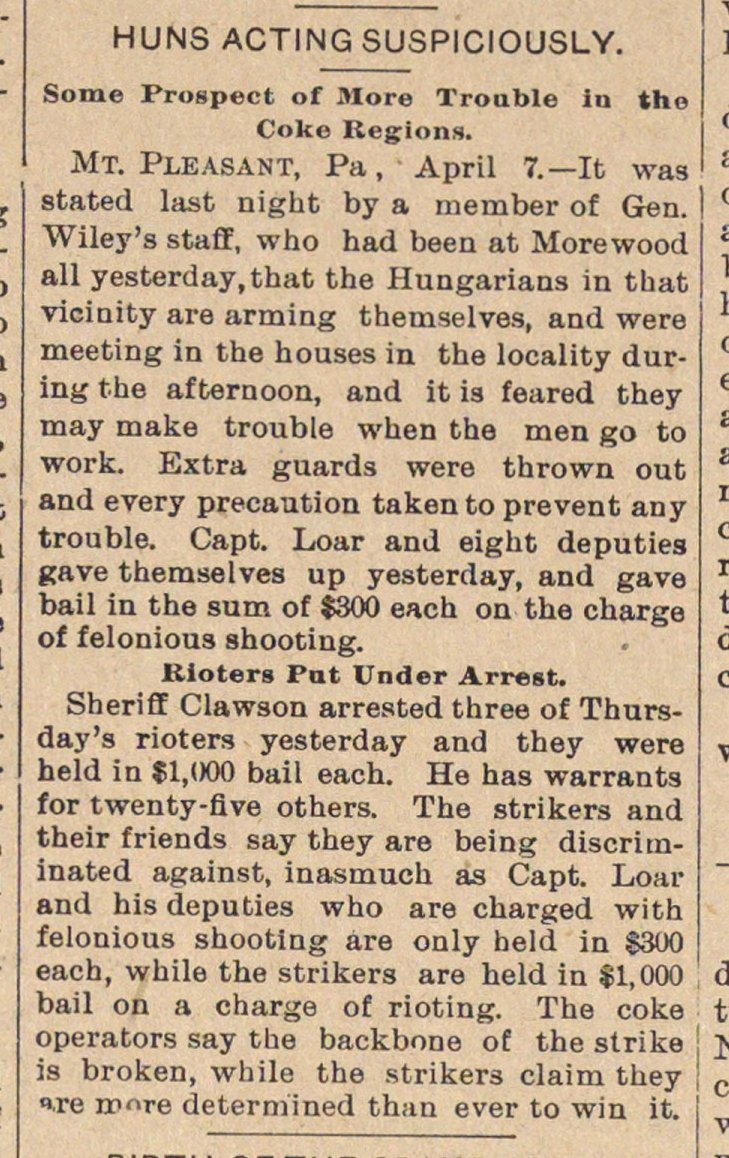 Mt. Pleasant, Pa, April 7.- It was' stated last night by a member of Gen. ] Wiley's staff, who had been at Morewood all yesterday, that the Hungarians ín that viciaity are arming theinselves, and were meeting in the houses in the locality during the afternoon, and it ia feared they may make trouble when the men go to work. Extra guards were thrown out and every precaution taken to prevent any trouble. Capt. Loar and eight deputies gave themselves up yesterday, and gave bail in the sum of $300 each on the charge of felonious shooting. Rioterg Pat Under Arrest. Sheriff Ctawson arrested three of Thursday's rioters yesterday and they were held in $1,000 bail each. He has warrants for twenty-five others. The strikers and their friends say they are being discriminated against, inasmuoh as Capt. Loar and his deputies who are charged with felonious shooting are only held in $300 each, while the strikers are held in $1,000 bail on a charge of rioting. The coke operators say the backbone of the strike ; is broken, wbile the strikers claim they ire rrnre determined thun ever to win it.