Wanted A Quartette Of Wives 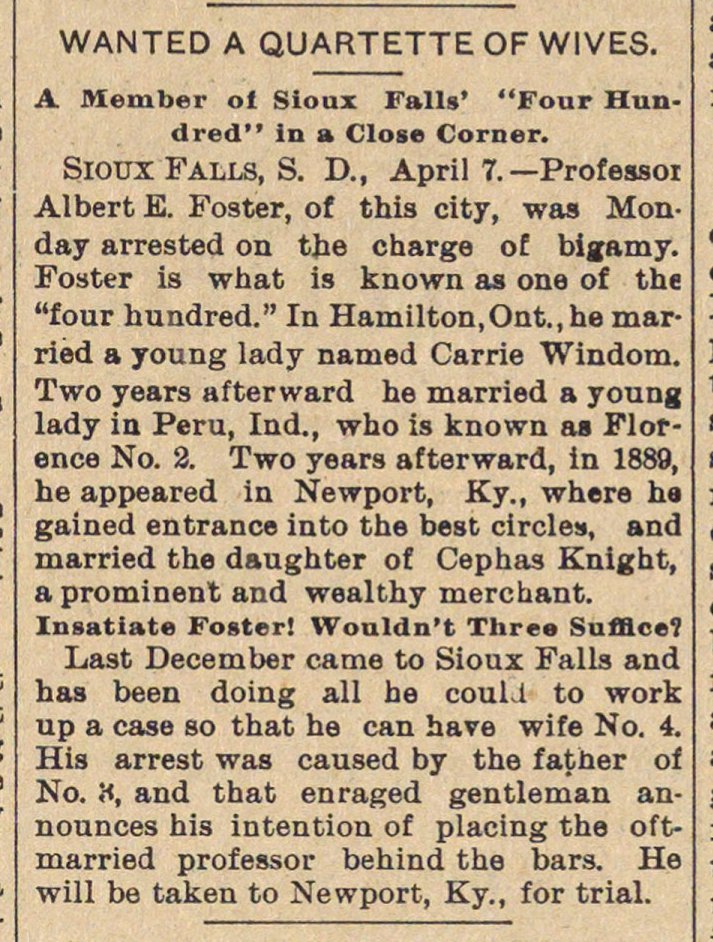 SlOTJX Falls, S. D., April 7. -Prof essoi Albert E. Foster, of this city, was Monday arrested on the charge of bigamy. Foster is what is known as one of the "four hundred." In Hamilton.Ont., he married a young lady named Carrie Windom. Two years afterward he married a young lady in Peru, Ind., who is known as Florence No. 2. Two years afterward, in 1889, he appeared in Newport, Ky., where ha gained entrance into the best circles, and married the daughter of Cephas Knight, a prominent and wealthy mere han t. Insatiate Foster! Wonliln't Three Suffice? Last December came to Sioux Falls and has been doing all be couU to work up a case so that he can have wife No. 4. His arrest was caused by the father of No. H, and that enraged gentleman announces his intention of placing the oftmarried professor behind the bars. He will be taken to Newport, Ky., for trial.