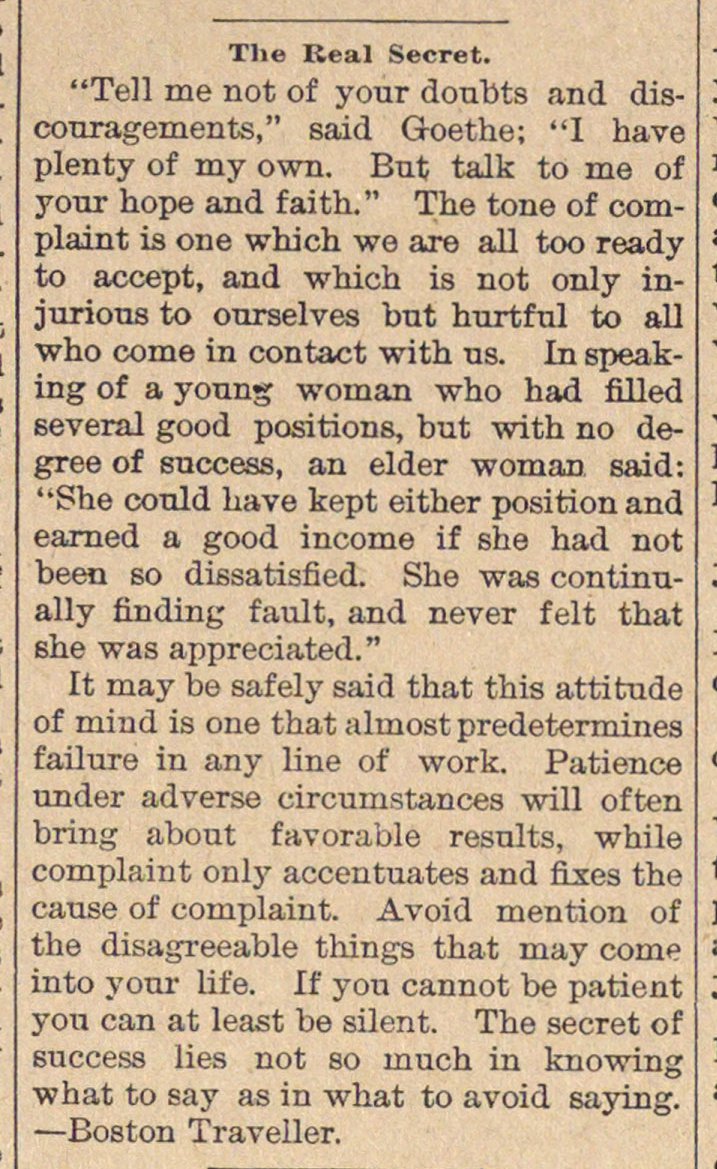 "Teil me not of your doubts and discouragements," said Goethe; "I have plenty of my own. But talk to me of your hope and faith." The tone of complaint is one which we arO all too ready to accept, and which is not only injurious to ourselves but hurtful to all who come in contact with us. In speaking of a young woman who had filled several good positions, but with no deree of success, an eider woman said: 'She could have kept either position and earned a good income if she had not been so dissatisfied. She was continually iinding fault, and never feit that she was appreciated." It may be safely said that this attitude of mind is one that alinost predetermines 'ailure in any line of work. Patience under adverse circumstances will often bring about favorable results, while complaint only accentuates and fLxes the cause of complaint. Avoid mention of ;he disagreeable things that may come into your life. If you cannot be patiënt you can at least be silent. The secret of euccess lies not so much in knowing what to say as in what to avoid saying.