Inconvenience Of Having A Double 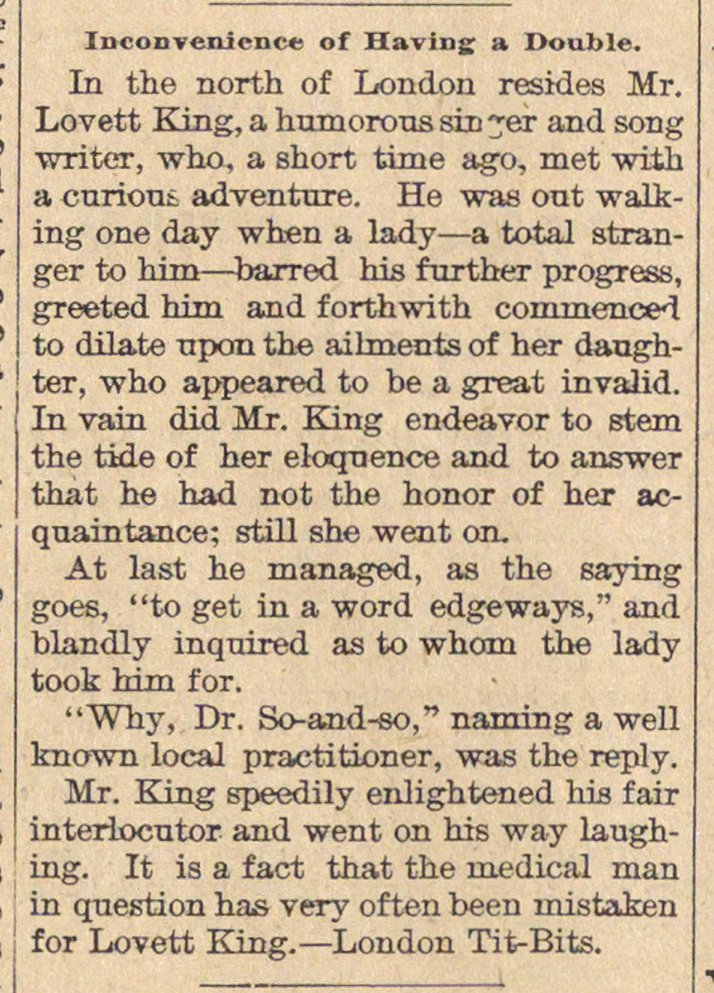 In the north of London resides Mr. Lovett King, a hnmorous sin er and song writer, who, a short time ago, met with a curiout adventure. He was out walking one day when a lady - a total stranger to him - barred his further progress, reeted him and forthwith commenced to dilate upan the aitments of her daughter, who appeared to be a great invalid. In vain did Mr. Bang endeavor to stem the tide of her eloqnence and to answer that he had not the honor of her acquaintance; stül she went on. At last he managed, as the saying goes, "to get in a word edgeways," and blandly inquired as to whom the lady took Vrim for. "Why, Dr. So-and-so," naming a well known local practitioner, was the reply. Mr. King speedily enlightened his fair interlocutor and went on his way laughing. It is a fact that the medical man in question has very often been ïnistaien for Lovett