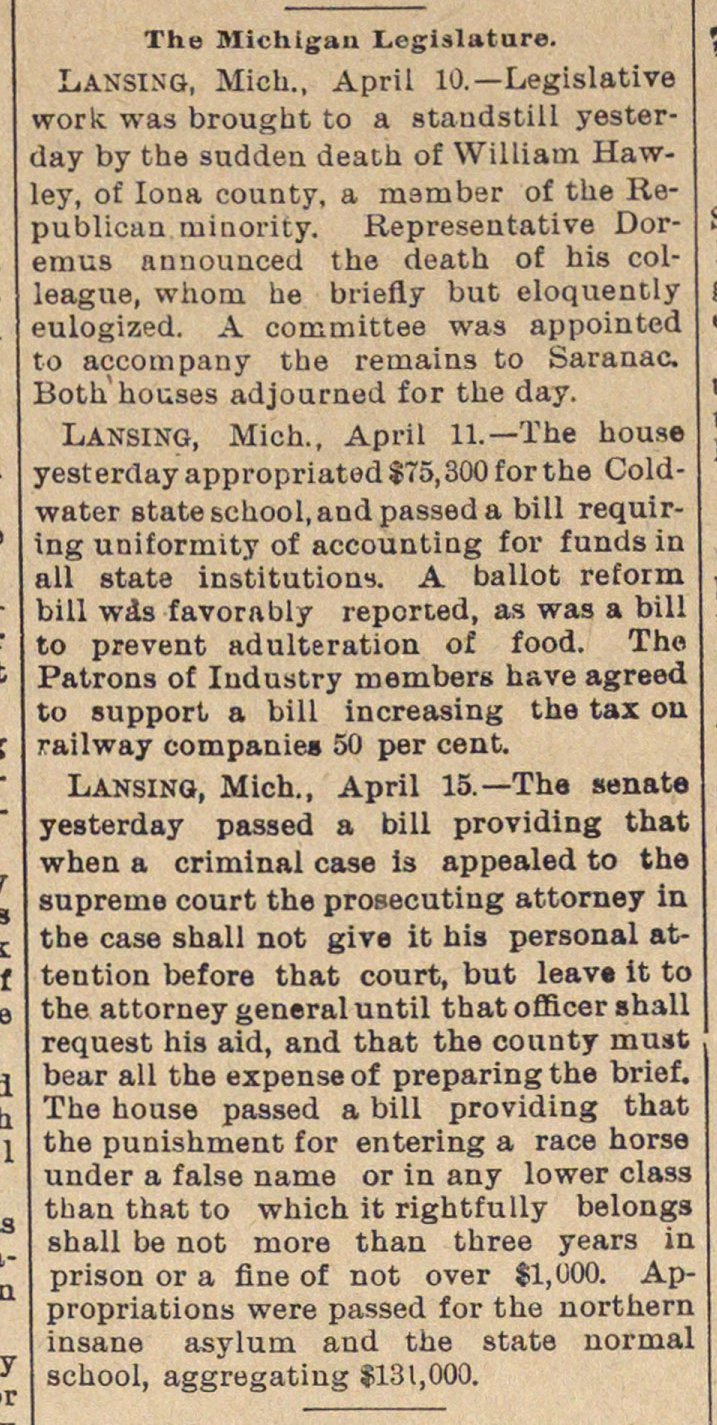 Lansixg, Mioh., April 10.- Legislativa work was brougbt to a staudstill yesterday by the sudden death of William Hawley, of lona county, a msmber of the Republicun minority. Representativo Doremus tinnounced the death of his colleague, whom he briefly but eloquently eulogized. A committee was appointed to accompany the remains to Saranac. Both'houses adjournad for the day. LANSING, Mich., April 11.- The house yesterday appropriatod $75,300 for the Coldwater state school, and passed a bilí requiring uniformity of accounting for funds in all state institutions. A ballot reform bill wás favorably reponed, as was a bilí to prevent adulteration of food. Tho Patrons of Industry members have agreed to support a bill increasing the tax on railway companies 50 per cent. Lansing, Mich., April 15.- Tha senate yesterday passed a bill providing that when a criminal case is appealed to the supreme court the prosecuting attorney in the case shall not give it his personal attention before that court, but leav it to the attorney general un til thatofficer shall request his aid, and that the county must bear all the expense of preparing the brief. The house passed a bill providing that the punishment for entering a race horse under a false name or in any lower class than that to which it rightfully belongs shall be not more than three years ia prison or a fine of not over $1,000. Appropriations were passed for the northern insane asylum and the state normal school, aggregating $131,000.