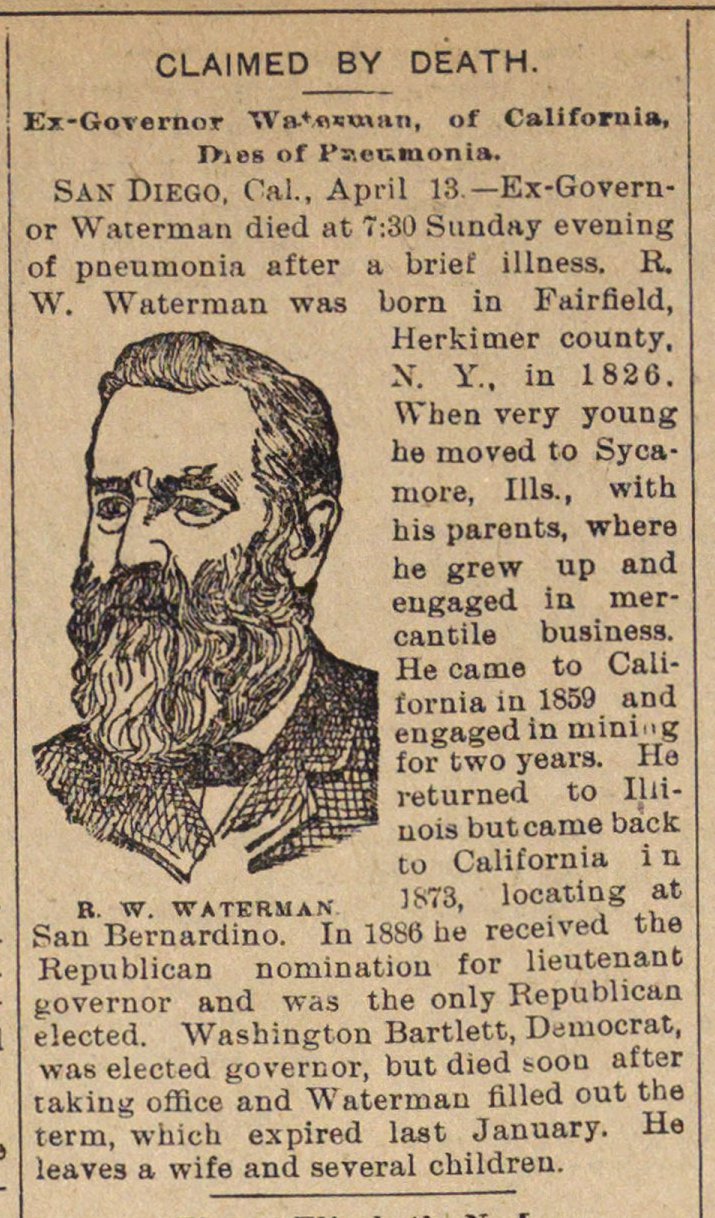 San Diego, Cal., April 13 .- Ex-Governor Waterman died at T-.30 Sunday evening of pneumonía after a brief illness. R. W. Waterman was born in Fairfield, HerKimer coumy, X. Y., in 1826. Wben very young he moved to Sycamore, Illa., with his parents, where he grew up and engaged in mercantile business. He carne to California in 1859 and engagedin mini"g for two years. He returned to Iliiuoi3 butcame báck to California i n )S73, locating at San Bernardino. In 18S6 he receiveü tue Republican nominatiou for lieutenant governor and was the only Republican elected. Washington Bartlett, Damocrat, was elected governor, but died tooo after taking office and Waterman filled out the term, which expired last January. He leaves a wife and several childreu.