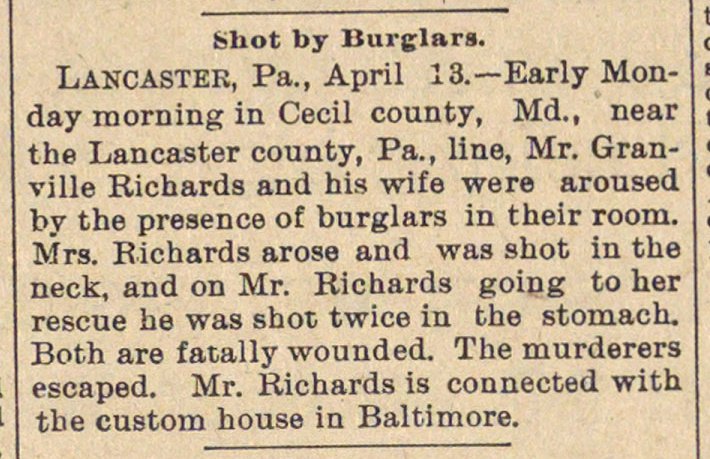 LANCASTER, Pa., April 13.- Early Monday morning in Cecil county, Md., near the Lancaster county, Pa., line, Mr. Granville Richards and his wife were aroused by the presenca of burglars in their room. Mrs. Richards aróse and was shot in the neck, and on Mr. Richards going to her rescue he was shot twice in the stomach. Both are fatally wounded. The murderers escaped. Mr. Richards is connected with the custom house in Baltimore.