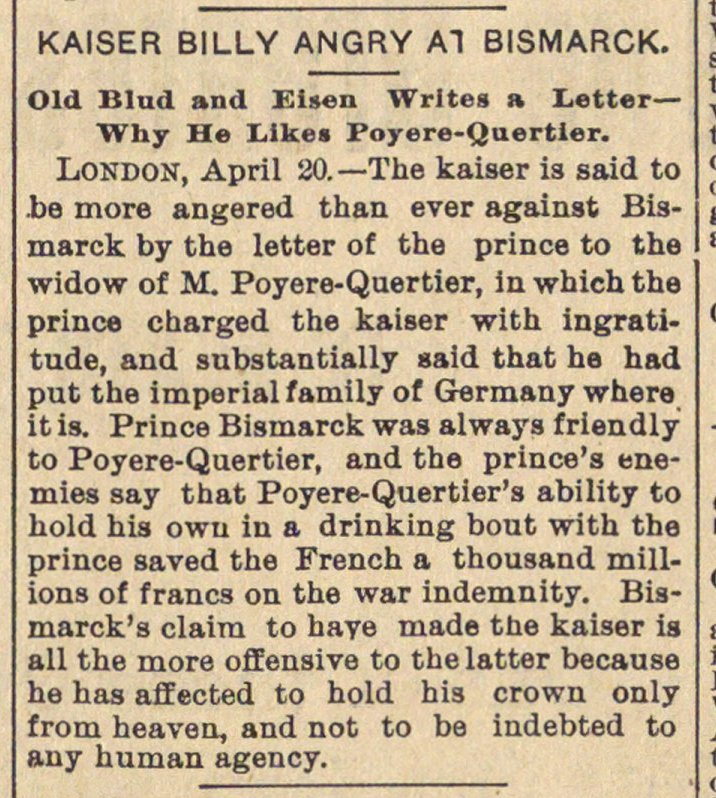 London, April 20. - The kaiser is said to be more angered tlian ever against Bismarck by the letter of the prince to the widow of M. Poyere-Quertier, in which the prince charged the kaiser with ingratitude, and substantially said that he had put the imperial family of Germany where it is. Prince Bismarck was always f rlendly to Poyere-Quertier, and the prince's enemies say that Poyere-Quertier's ability to hold his owu in a drinking bout with the prince sa ved the Frenen a thousand millions of francs on the war indemnity. Bismarek's claim to haye made the kaiser is all the more offensive to thelatter because he has affected to hold his crown only from heaven, and not to be indebted to any human ageney.