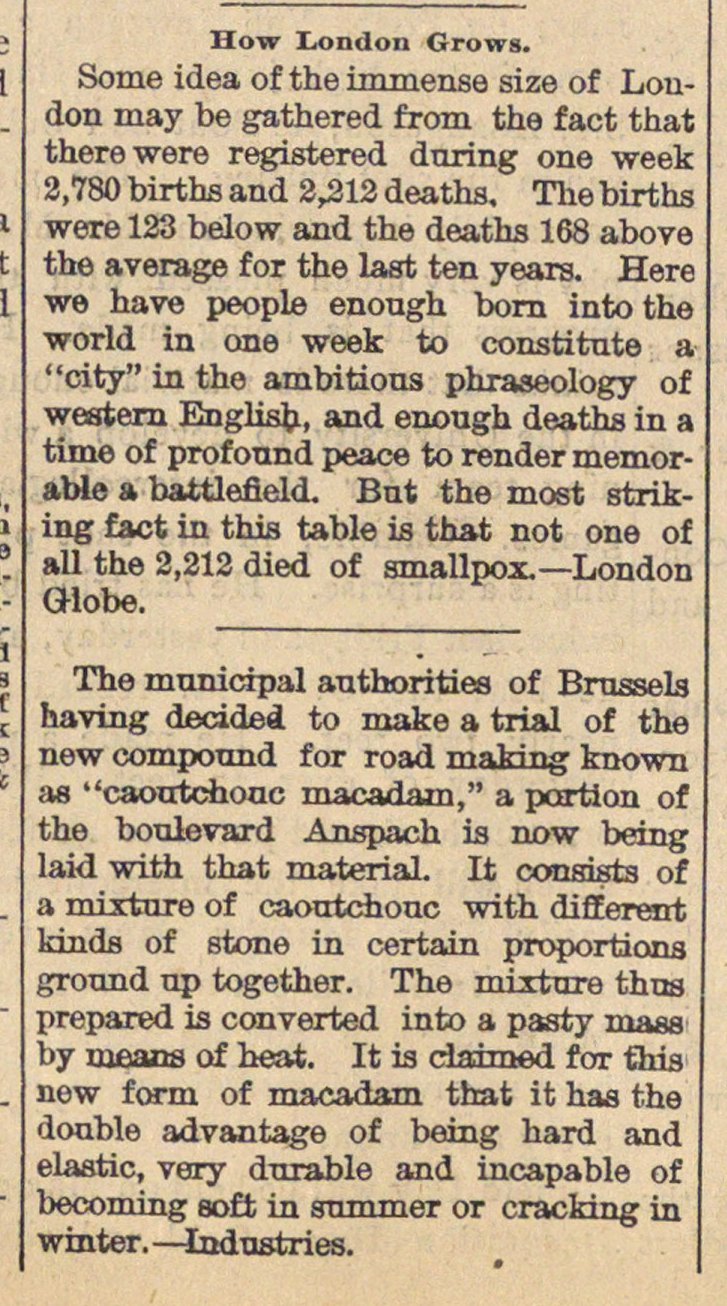 Some idea of the immense size of Loudon may be gathered from the fact that therewere registered dnring one week 2,780 births and 2,212 deaths, The births were 123 below and the deaths 168 aboye the average for the last ten years. Here we have people enongh bom intothe world in one week to constitute a "city" in the ambitious phraseology of western English, and enough deaths in a time of prof ound peace to render memorable a battlefield. Bat the most striking fact in this table is that not one of all the 2,212 died of smallpox.- London Globe. The municipal authorities of Brussels having decideá to make a trial of the new compound f or road making known as "caootchonc macadam," a partion of the boulevard Anspach is now being laid with tbat material. It consists of a mixture of caoutchouc with different kinds of stone in certain proportdons ground up together. The mixture thus prepared is converted into a pasty masa by meaos of heat. It is dattned for this new form of macadam that it has the doublé advantage of being hard and elastic, very durable and incapable of becoming soft in summer or cracking in wmter.