Must Sit In The Electric Chair 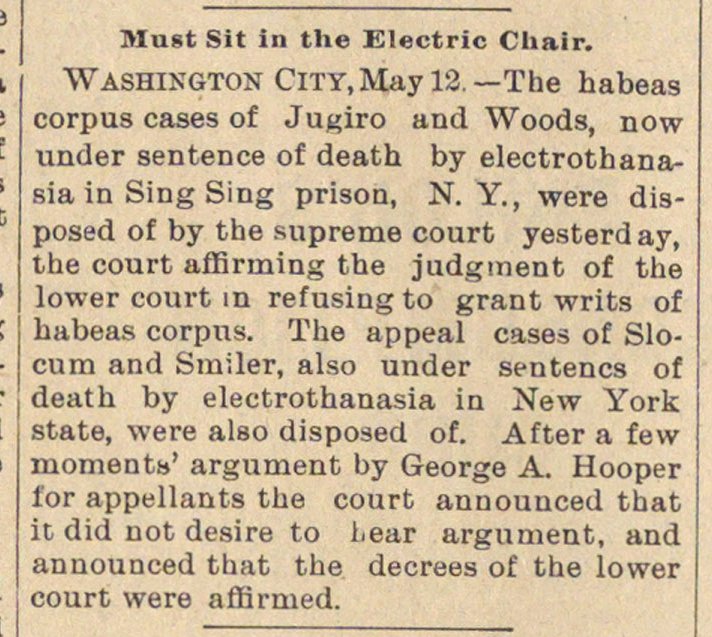 Washington City, May 12. - The habeas corpus cases of Jugiro and Woods, now under sentence of death by electrothanasia in Sing Sing prison, N. Y., were disposed of by the supreme court yesterday, the court affirming the judginent of the lower court in refusiagto grant writs of habeas corpus. The appeal cases of Slocum and Smiler, also under sentencs of death by electrothanasia in New York state, were also disposecl of. After a few moment' argument by George A. Hooper lor appellants the court announced tbat ie did not desire to l.ear argument, and announced tbat the decrees of the lower court were affirmed.