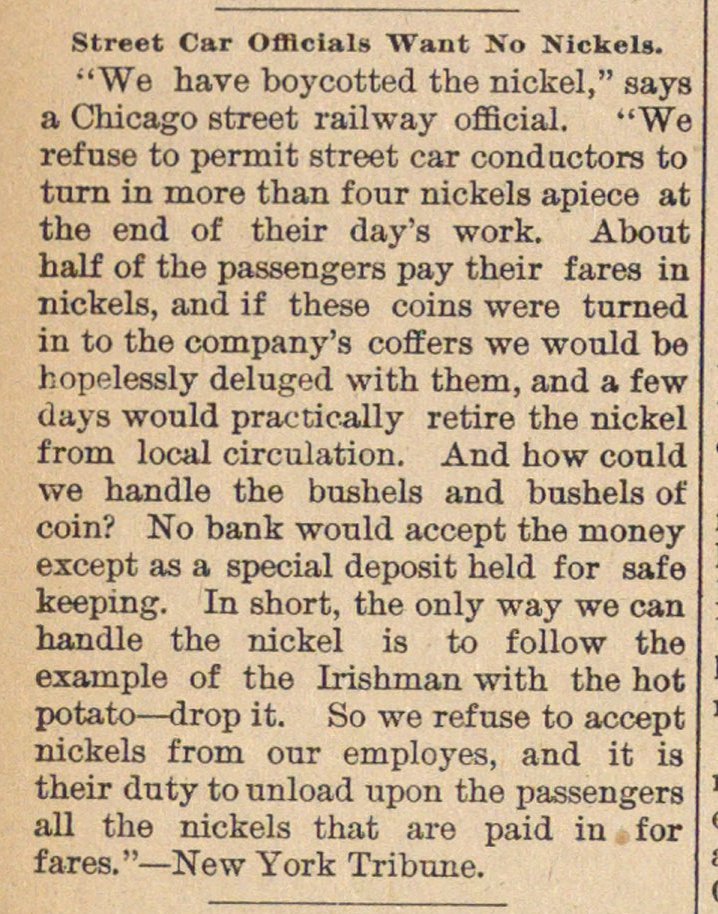 "We have boycotted the nickel," says a Chicago Street railway official. "We refuse to permit street car conductora to turn in more than four nickels apiece at the end of their day's work. About half of the passengers pay their fares in nickels, and if these coins were turned in to the company's coffers we would be hopelessly deluged with them, and a few da.ys would pracrieally retire the nickel f rom local circulation. And how conld we handle the bushels and bushels of coin? No bank would accept the nioney except as a special deposit held for safe keeping. In short, the only way we can handle the nickel is to follow the exainple of the Irishman with the hot potato - drop it. So we refuse to accept nickels from our employés, and it is their duty to unload upon the passengers all the nickels that are paid in for f