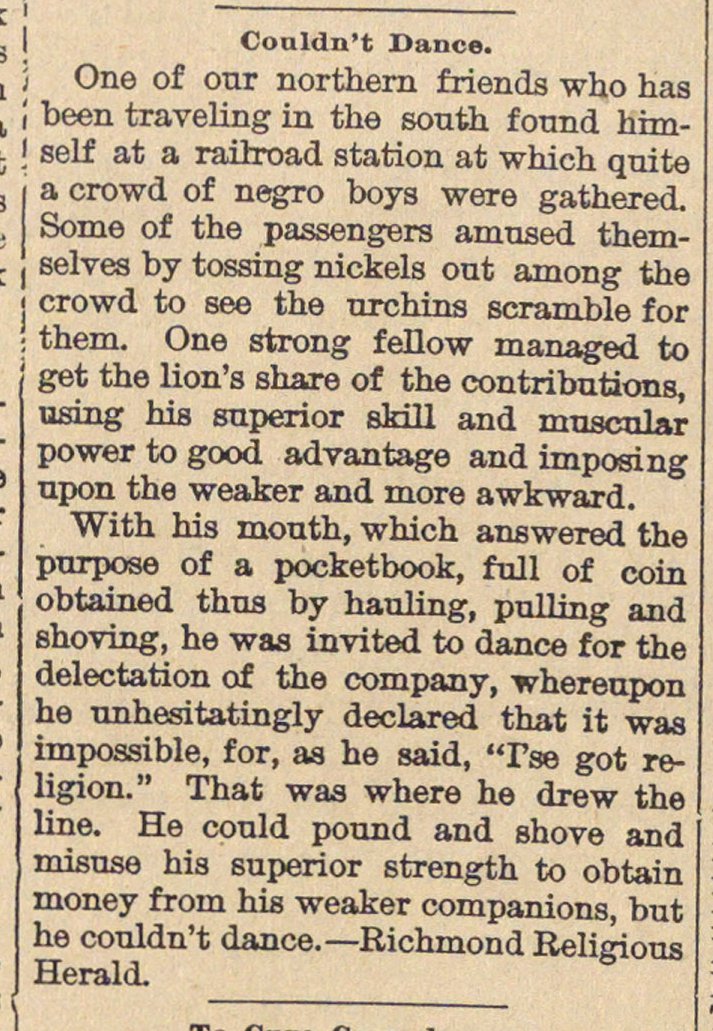 i une or our northern fnends who has I been traveling in the sonth fotmd him! self at a raüroad station at whioh qnite a crowd of negro boys were gathexed. Some of the passengers amused themI selves by tossing nickels out among the j crowd to see the urchins scramble f or them. One strong feDow managed to get the lion's share of the contributions, using bis superior skill and muscular power to good advantage and imposing upon the weaker and more awkward. With his mouth, which answered the purpose of a pocketbook, full of coin obtained thus by hauling, pulling and shoving, he was invited to dance for the delectation of the company, whereupon he unhesitatingly declared that it was impossible, for, as he said, 'Tse got religión." That was where he drew the line. He could pound and shove and misuse his superior strength to obtain money from his weaker comüanions. hut