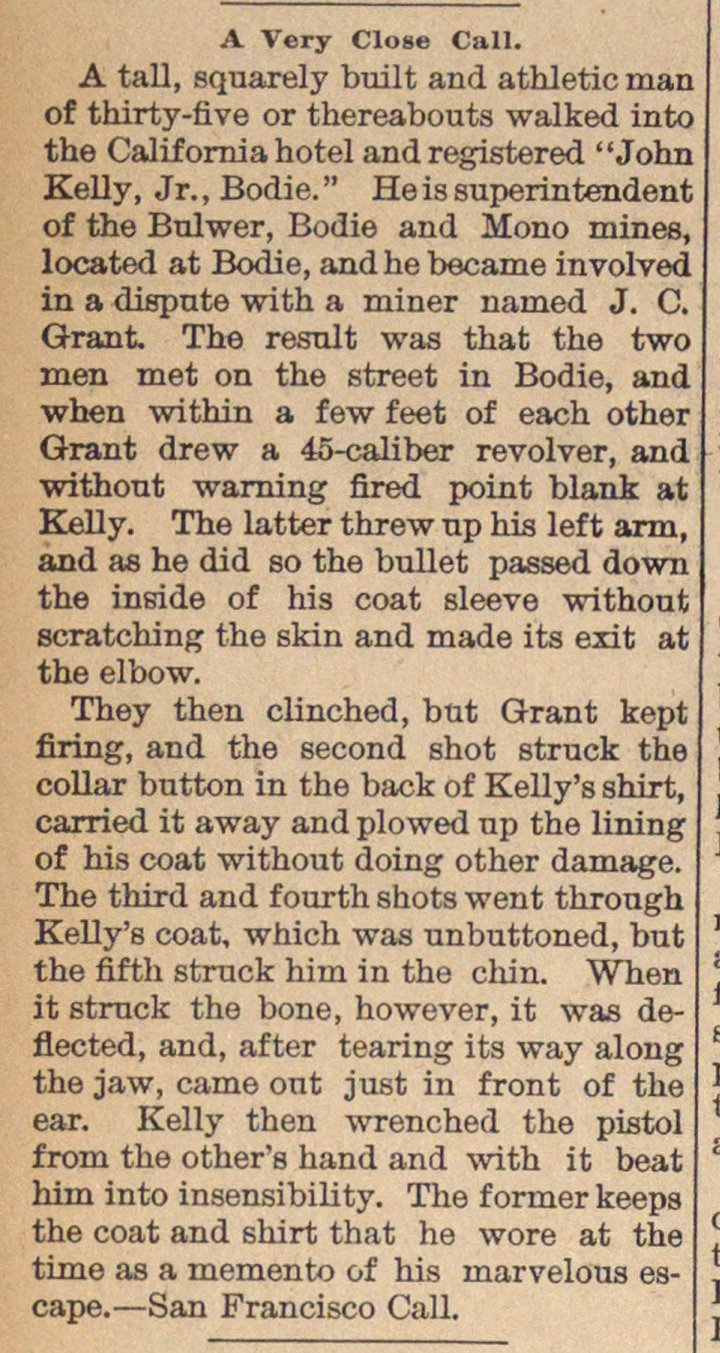 A tall, squarely built and athletic man of thirty-five or thereabouts walked into the California hotel and registered "John Kelly, Jr. , Bodie. " He is superintendent of the Bulwer, Bodie and Mono mines, located at Bodie, and he became involved in a dispute with a miner named J. C. Grant. The result was that the two men met on the street in Bodie, and when within a few feet of each other Grant drew a 45-caliber revolver, and without warning flred point blank at Kelly. The latter threw up his left arm, and as he did so the bullet passed down the inside of his coat sleeve without scratching the skin and made its exit at the elbow. They then clinched, but Grant kept firing, and the second shot struck the collar button in the back of Kelly's shirt, carried it away and plowed up the lining of his coat without doing other damage. The third and f ourth shots went through KeUy's coat, which was unbuttoned, but the fifth struck him in the chin. When it struck the bone, however, it was deflected, and, after tearing its way along the jaw, came out just in front of the ear. Kelly then wrenched the pistol from the other's hand and with it beat Mm into insensibility. The f ormer keeps the coat and shirt that he wore at the time as a memento of his marvelous