The Origin Of "grog." 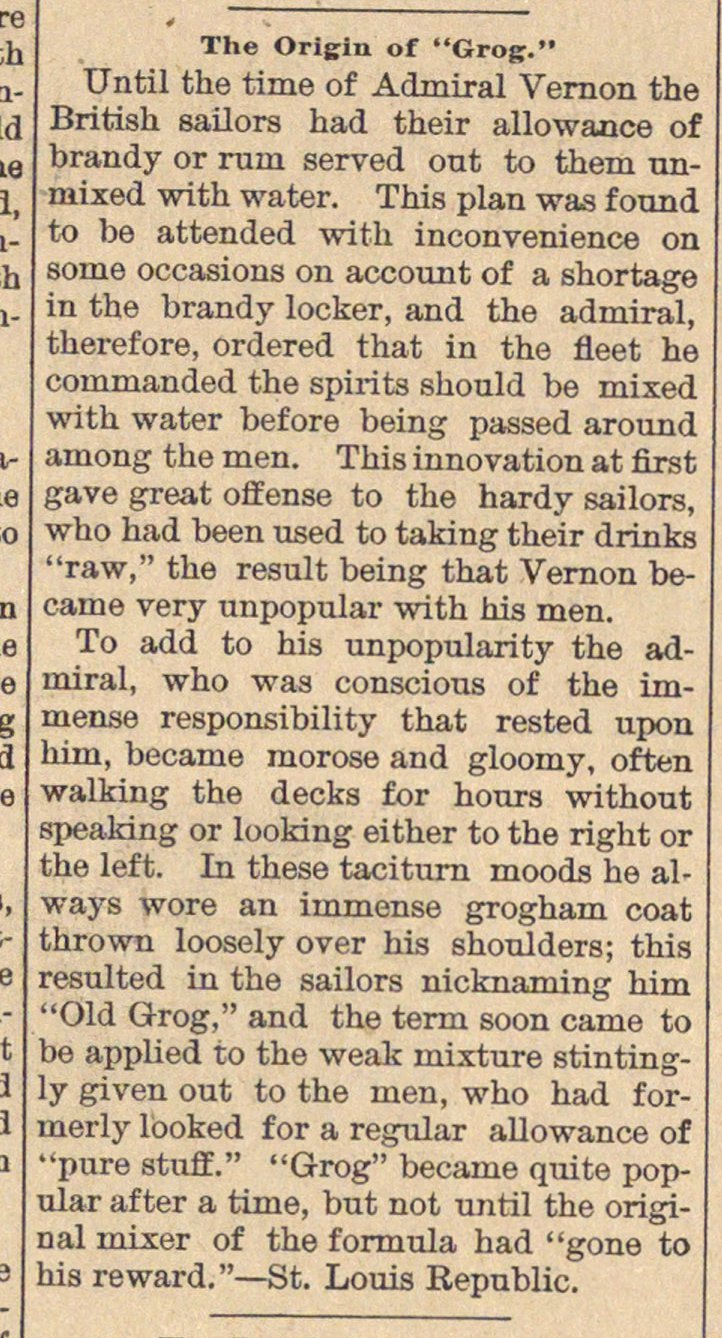 Until the time of Admiral Vernon the British 8ailors had their allowance of brandy or rum served out to them unmixed with water. This plan was f ound to be attended with inconvenience on some occasions on account of a shortage in the brandy locker, and the admiral, therefore, ordered that in the fleet he cornmanded the spirits should be mixed with water before being passed around among the men. This innovation at first gave great offense to the hardy sailors, who had been used to taking their drinks "raw," the result being that Vernon became very unpopular with bis men. To add to his unpopularity the admiral, who was conscious of the immense responsibility that rested upon him, became moróse and gloomy, often walking the decks for hours without speaking or looking either to the right or the left. In these taciturn moods he ways wore an immense grogham coat thrown loosely over his shonlders; this resulted in the sailors nicknaxning him "Oíd Grog," and the term soon came to be applied to the weak mixture stintingly given out to the men, who had formerly lboked for a regular allowance of "pure stuff." "Grog" became quite popular after a time, but not until the original mixer of the formula had "gone to his