Is Ashley Worth That Much? 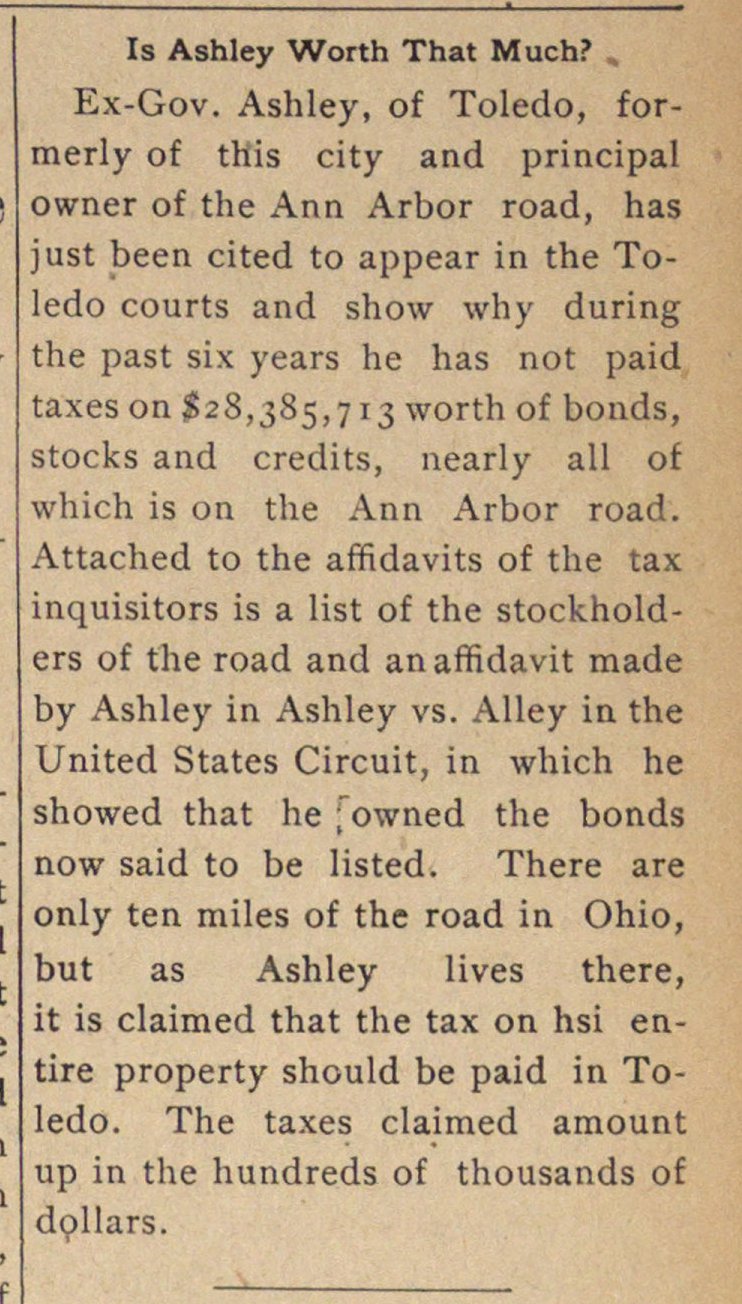 Ex-Gov. Ashley, of Toledo, formerly of this city and principal owner of the Ann Arbor road, has just been cited to appear in the Toledo courts and show why during the past six years he has not paid taxes on $28,385,7 13 worth of bonds, stocks and credits, nearly all of which is on the Ann Arbor road. Attached to the affidavits of the tax inquisitors is a list of the stockholders of the road and anaffidavit made by Ashley in Ashley vs. Alley in the United States Circuit, in which he showed that he owned the bonds now said to be listed. There are only ten miles of the road in Ohio, but as Ashley lives there, it is claimed that the tax on hsi entire property should be paid in Toledo. The taxes claimed amount up in the hundreds of thousands of dollars.