Where Gold Comes From 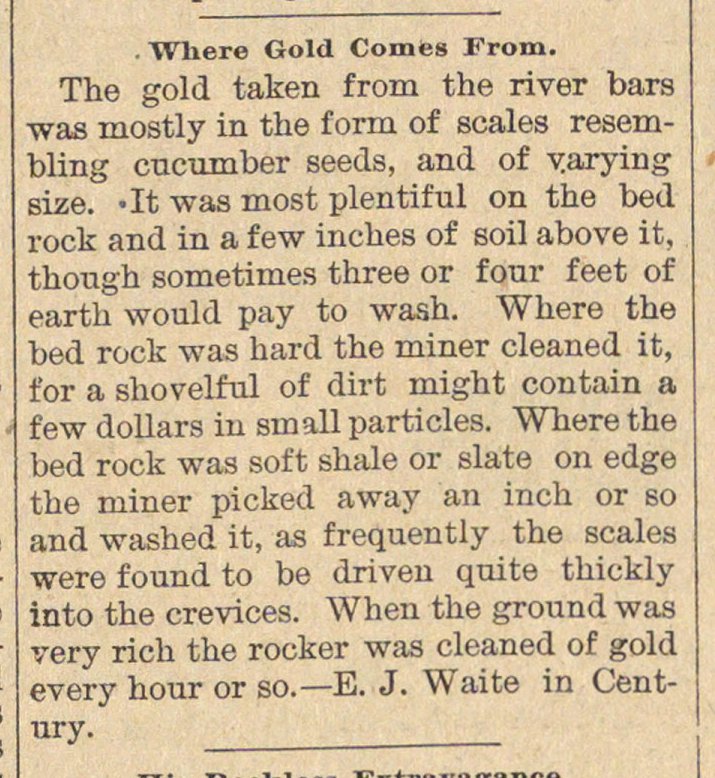 The gold taken from the river bars ■was mostly in the f orm of scales resembling cucumber seeds, and of yarying size. -It was most plentiful on the bed rock and in a few inches of soil above it, thotigh sometimes three or four feet of earth would pay to wash. Where the bed rock was hard the miner cleaned it, for a shovelful of dirt might contain a few dollars in srnall partióles. Where the bed rock was soft shale or slate on edge the miner picked away an inch or so and washed it, as frequently the scales were found to be driven qaite thickly into the crevices. When the ground was very rich the rocker was cleaned of gold every hour or so.