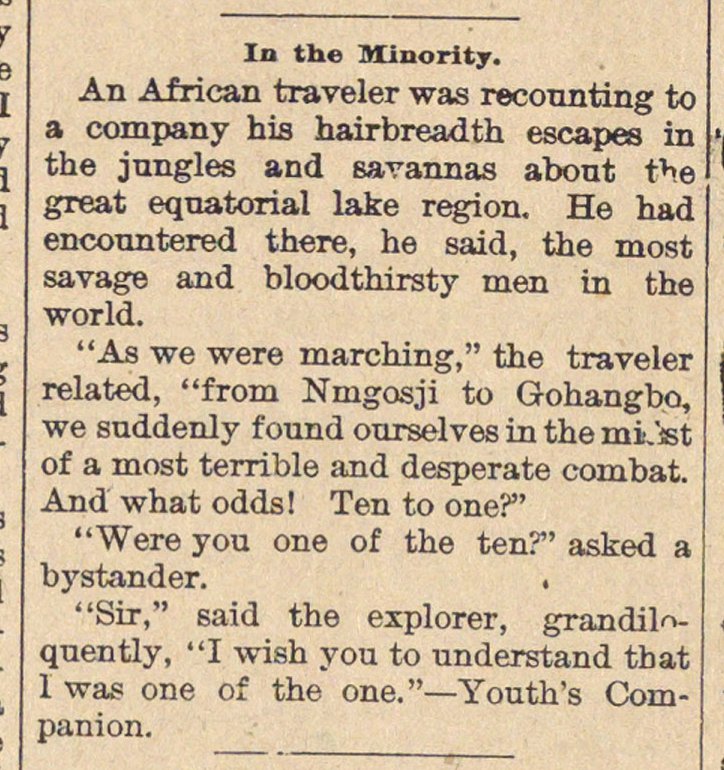 An African traveler was reconnting to a company nis hairbreadth escapes in the jungles and savannas about the great equatorial lake región. He had encountered tfaere, he said, the most savage and bloodthirsty men in the world. "As we were marching," the traveler related, "from Nnigosji to Gohangbo, we suddenly f ound ourselves in the mi.st of a most terrible and desperate combat. And what odds! Ten to one?" "Were you one of the ten?' asked a bystander. . "Sir," said the explorer, grandilquently, "I wish you to understand that 1 was one of the