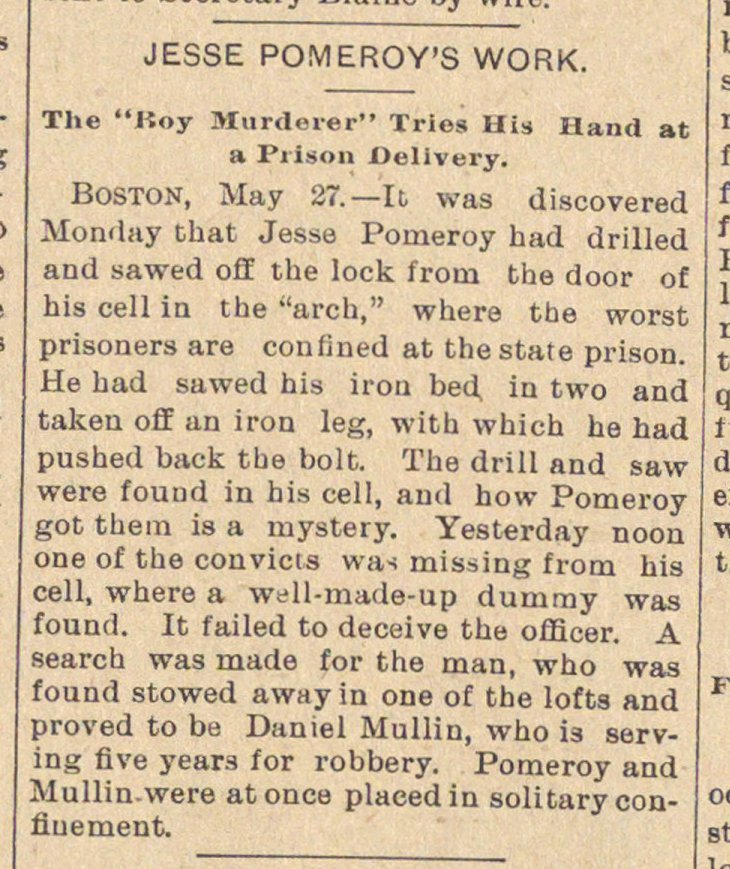 Boston, May 27.- Ii was discovered Monday that Jesse Pomeroy had drilled and sawed off the lock froni the door of his ceü ia the "arch," where the worst prisoners are coniined at the state prison. He had sawed his iroa bed, in two and taken off an iron leg, with which he had pushed back the bolt. The drill and saw were fouud in his cell, aul how Pomeroy got them is a mystery. Yesterday noon one of the convicta was missing from his cell, where a well-made-up dummy was found. It failed to deceive the officer. A search was made for the man, who was found stowed awayin one of the lofts and proved to ba Daniel Mulliu, who is serving five yeara for robbery. Pomeroy and Mullin.were at once placed in solitary confiuement.