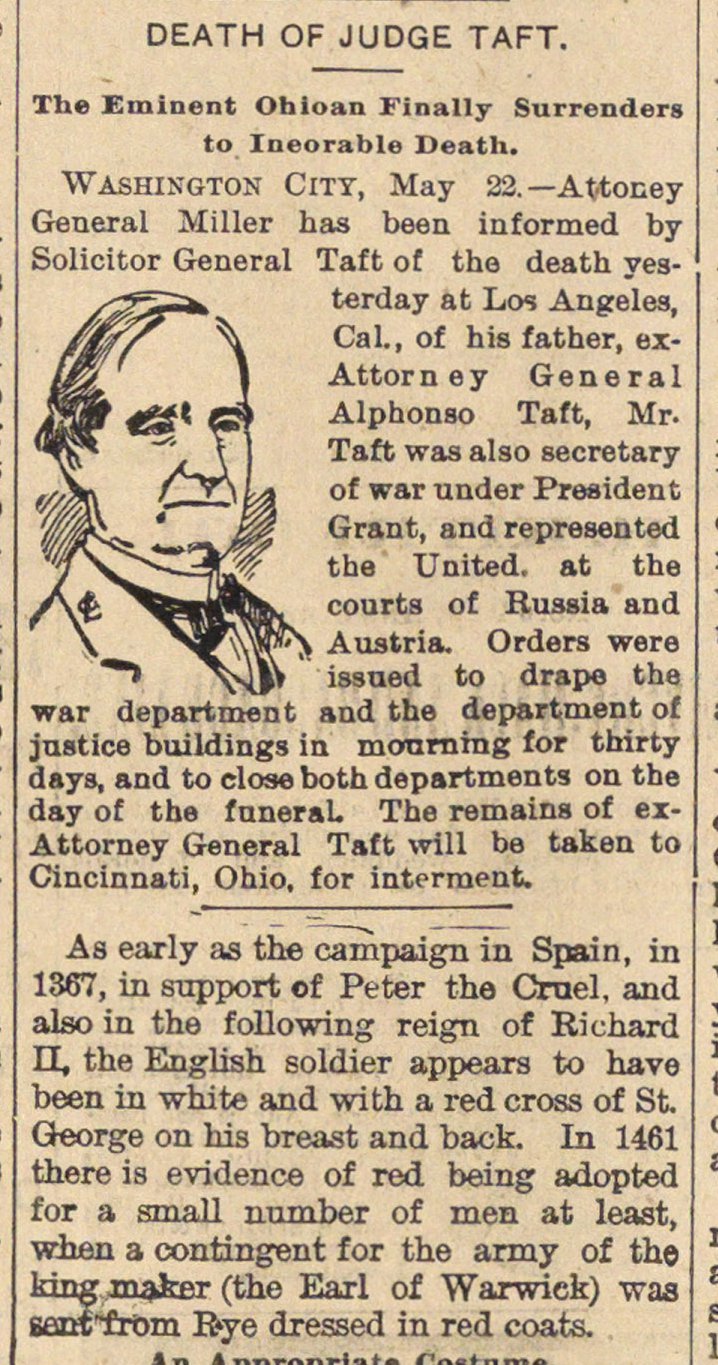 Washington City, May 22.- Attoney General Miller has been informed by Solicitor General Taft of the death terday at Los Angeles, Cal., of his father, exAttorney General Alphonso Taft, Mr. Taft was also secretary of war under President Grant, and represen ted tbe United, at the coarta of Bussia and i Austria. Orders were issaed to drape the war department and the department ol justice buildings in monmmg for thirty days, and to close bothdepartments on the day of the fnneraL. The remains of exAttorney General Taft wIU be taken to Cincinnati, Ohio, for interment. As early aa the campaign in Spain, in 1367, in support of Peter the Cruel, and also in the following reign of Eichard II, the English soldier appears to have been in white and with a red cross of St George on his breast and back. In 1461 there is evidence of red being adopted for a small number of men at least, wien a contingent for the army of the kingmrpr (the Earl of Warwiek) was senriröm Rye dressed in red coats.