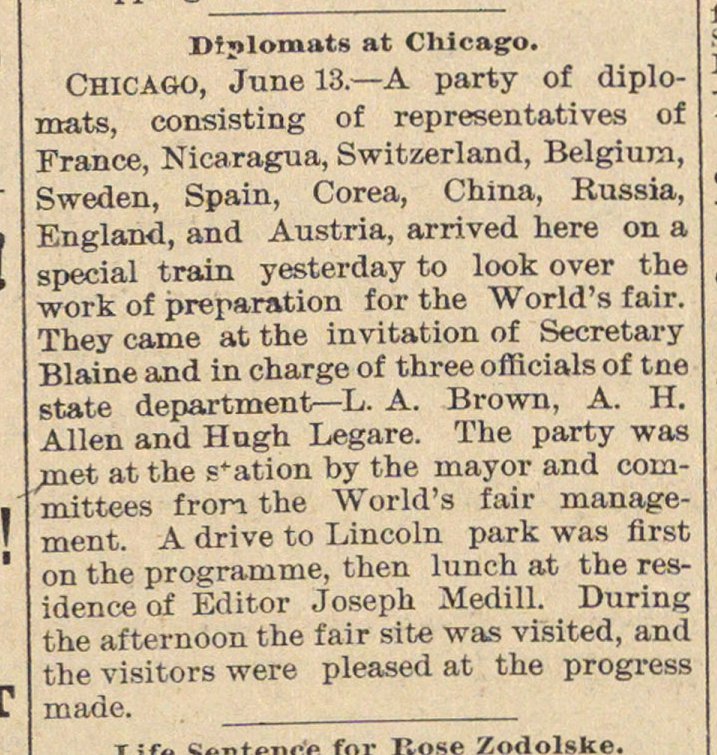 Chicago, June 13.- A party of diplómate, consisting of representatives of France, Nicaragua, Switzerland, Belgium, Sweden, Spain, Corea, China, Russia, England, and Austria, arrived here on a special train yesterday to look over the work of preparation for the World's fair. Tbey came at the invitation of Secretary Blaine and in charge of three officials of tne state department - L. A. Brown, A. H. Allen and Hngh Legare. The party was met at the station by the mayor and coiamittees fron the World's fair management. A drive to Lincoln park was first on the programme, then lunch at the residence of Editor Joseph Medill. During the afternoon the fair site was visited, and the visitors were pleased at the progress made.