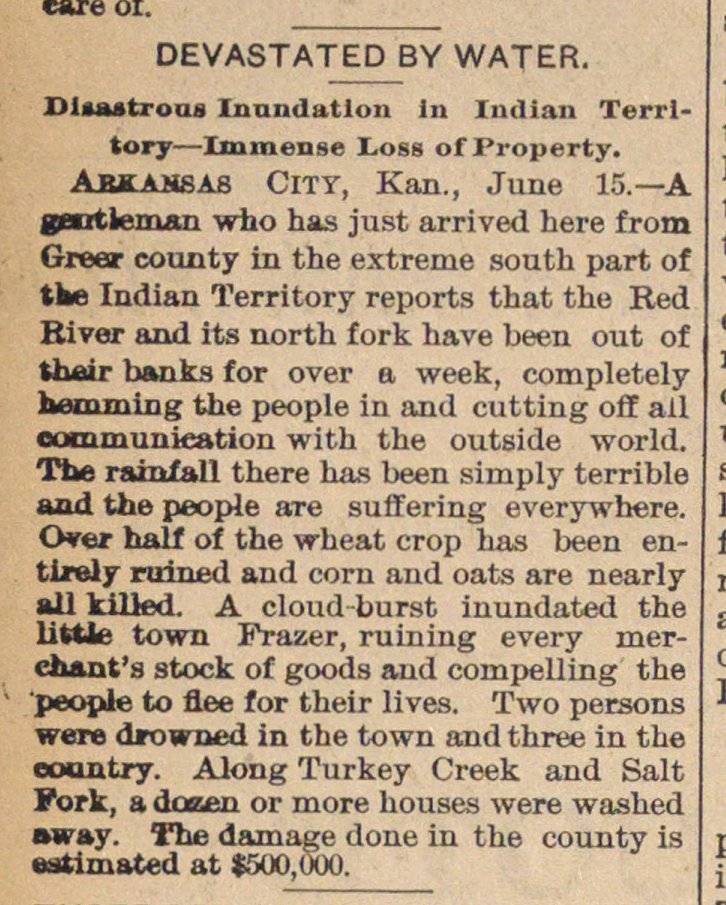 Amlahsas City, Kan., June 15.- A gentleman who has just arrived here from Greer county in the extreme south part of the Indian Territory reports that the Red Biver and its north f ork have been out of thair banks for over a week, completely hemming the people in and cutting off all eommunkation with the outside world. The rainiall there has been simply terrible and the people aTe suffering everywhere. Ovjr half of the wheat erop has been entlrely ruined and corn and oats are nearly all killed. A cloud-burst inundated the little town Frazer, ruining every merchant's stock of goods and compelling the 'people to flee for their lives. Two persons were drovned in the town and three in the country. Along Turkey Creek and Salt Fork, a dcaítn or more houses were washed wy. The damage done in the county is tutimated at $5U0,UU0.