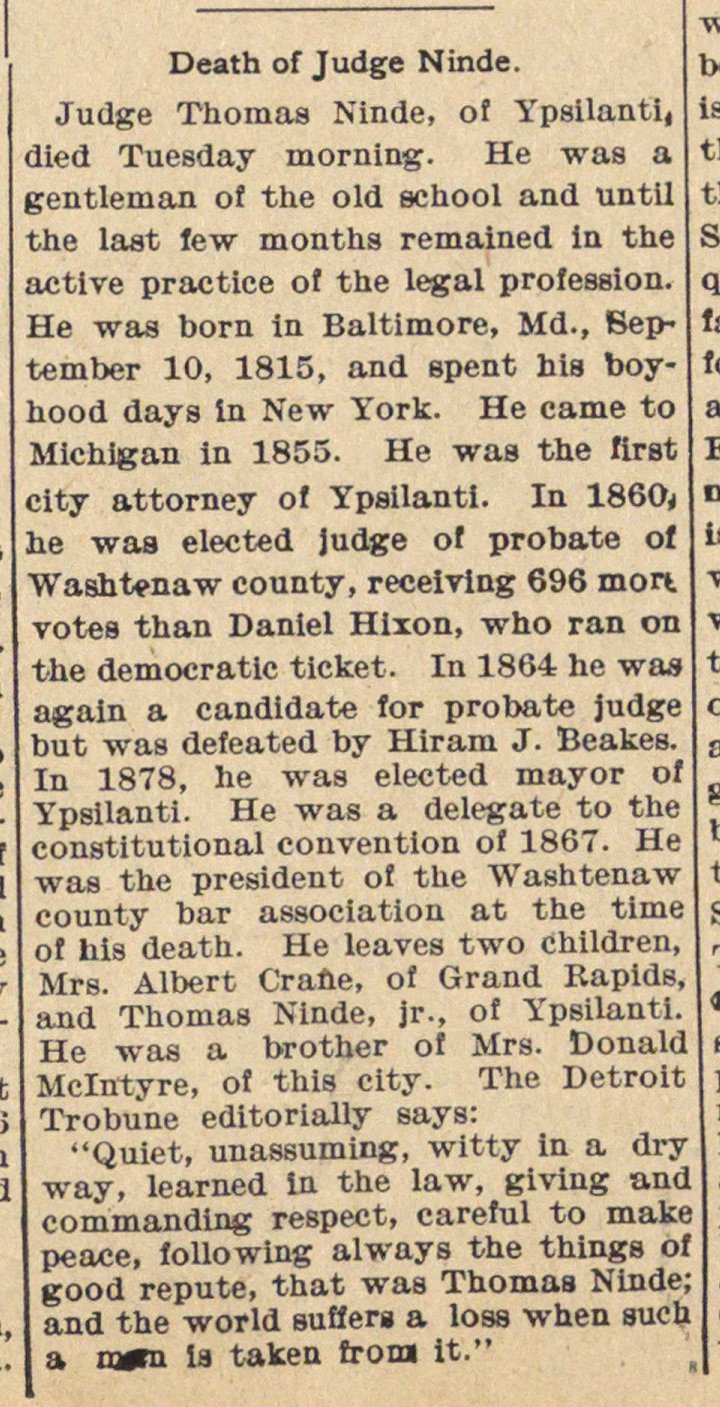 Judge Thomas Ninde, of Ypsilanti, died Tuesday morning. He was a gentleman of the old school and until the last few months remalned In the active practice of the legal profession. He was born In Baltimore, Md., Beptember 10, 1815, and spent his boyïood days In New York. He carne to Michigan In 1855. He was the Ilrst city attorney of Ypsilanti. In 1860, he was elected Judge of probate of Washtenaw county, receiylng 696 mort votes than Daniel Hiion, who ran on the democratie ticket. In 1864 he was again a candidate for probate Judge but was defeated by Hiram J. Beakes. In 1878, he was elected mayor of Ypsilanti. He was a delégate to the constitutional convention of 1867. He was the president of the Washtenaw county bar association at the time of liis death. He leaves two children, Mrs. Albert Crañe, oí Grand Bapids, and Thomas Ninde, jr., of Ypsilanti. He was a brother of Mrs. Donald Mclntyre, of this city. The Detroit Trobune editorially says: "Quiet, unassuming, witty in a dry way, learned In the law, giving and commanding respect, careful to make peace, following always the things of good repute, that was Thomas Ninde; and the world sufferi a loss when such a ama ia taken fron it." ,