Chief Of The Weather Bureau 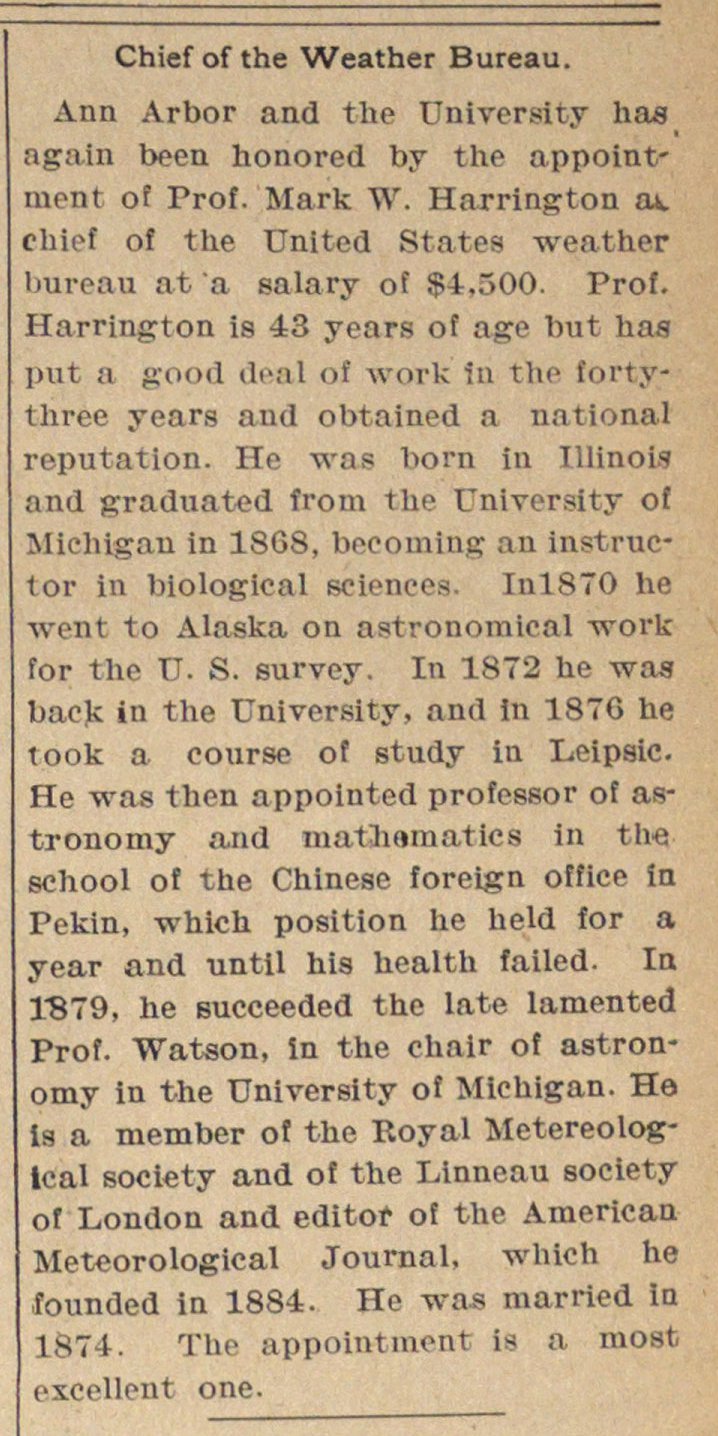 Ann Arbor and the University has agaln been honored by the appointini-nt of Prof. Mark W. Barrington o. cliicf of the United States weather bureau at a salary of $4,500. Prof. Harrington is 43 years of age but has put ;i fioort cleal f work in the tortythree years and obtained a national reputation. He was born in Illinois and graduated from 1 he Unlverslty of Michigan in 1808, becomlng an instructor in biological sciences. Inl870 he wint to Alaska on astronoraical work for the V. S. survey. In 1872 he was back in the University, and In 1870 he took a course of study in Leipsic. He was then appointed professor of astronomy and matUiamatics in the school of the Chinese foreign office ín Pekin, -svhicli position he held for a year and until his health failed. Ia 1"8T9, he eucceeded the late lamented Prof. Watson, in the chair of astronomy in the University of Michigan. He la a member of the Royal MetereologIcal society and of the Linneau society of London and editot of the American Meteorological Journal, which he founded in 1884. He was married In 1874. The appointiiiont is a most excellent one.