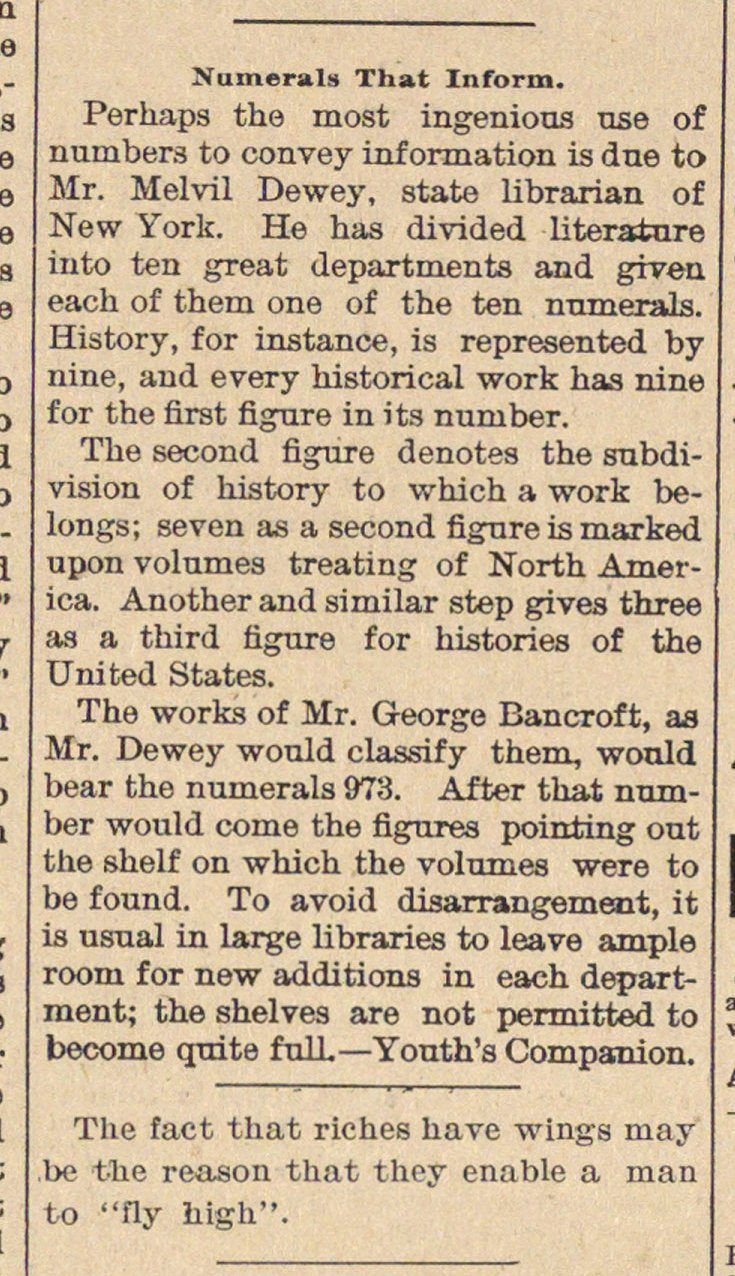 Perkaps the most ingenióos use of nurnbers to convey inf onnation is due to Mr. Melvil Dewey, state librarían of New York. He has divided literature into ten great departments and given each of them one of the ten numeráis. History, for instance, is represented by nine, and every historical work has nine for the first figure in its number. The second figure denotes the subdivisión of history to which a work belongs; seven as a second figure is marked upon volumes treating of North America. Another and similar step gives three as a third figure for histories of the United States. The works of Mr. George Bancrof t, as Mr. Dewey would classify them, woold bear the numeráis 973. After that number would come the figures pointing out the shelf on which the volumes were to be found. To avoid disarrangement, it is usual in large libraries to leave ampie room for new additions in each department; the shelves are not permitted to become quite fuLL - Youth's Companion. The fact that riches have wings niay be the reason that they enable a man to "fly high".