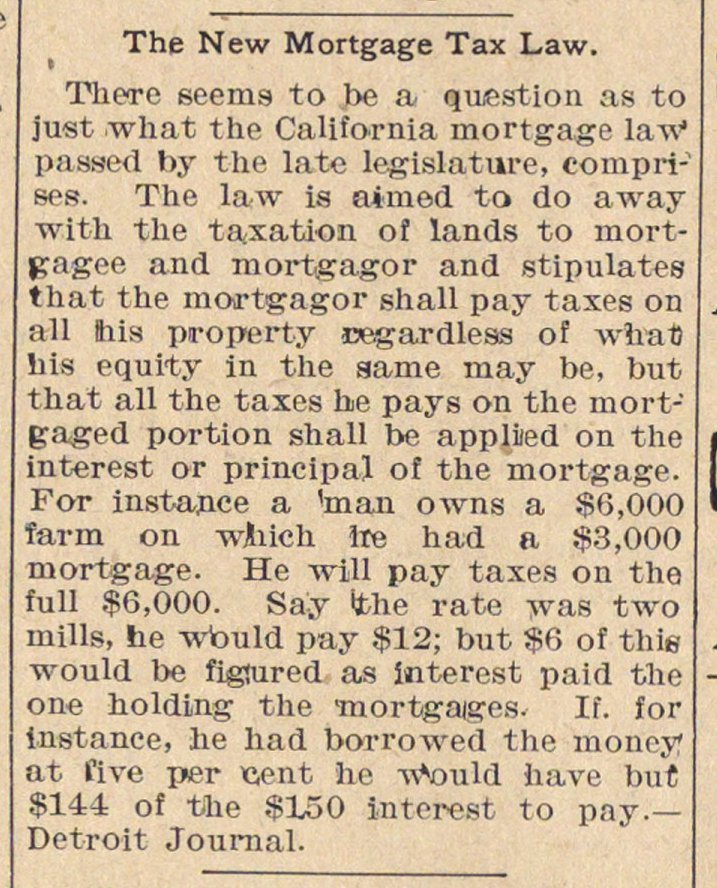 There seems to be a question as to just what the California mortgage lav.' passed by the late legislatura, comprises. The la-w ia aimed to do away with the taxation of lands to mortgagee and mortgagor and stipulates that the mortgagor shall pay taxes on all bia property cegardless of what! bis equity in tíie same may be, but that all the taxes lie pays on the mortgaged portion shall be appliied on the interest or principal of the mortgage. For instajice a 'man owns a $6,000 farm on wliich Ite had a $3,000 mortgage. He will pay taxes on the full $6,000. Say Ithe rate vas two milis, he wbuld pay $12; but $6 of thie would be figmred as interest paid the one holding the tnortgaiges. If. for Instance, he had borrowed the money at five per Gent he ould have but $144 of the $150 interest to pay.-