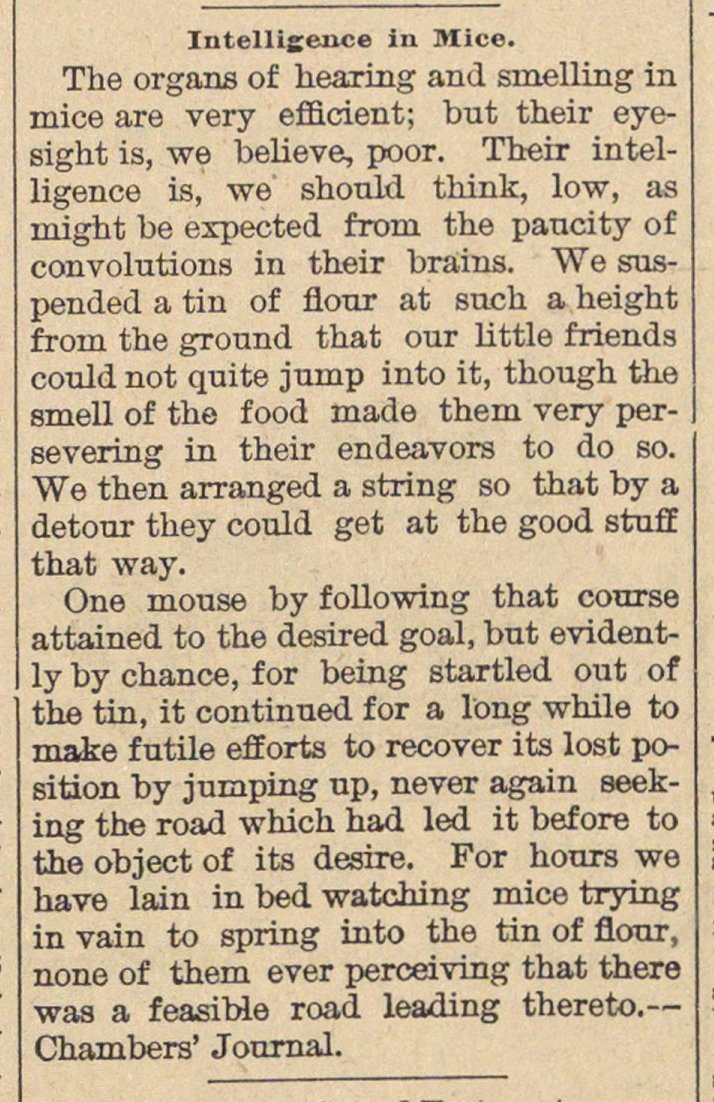 The organs of hearing and srnelling in mice are very efficiënt; but their eyesight is, we believe, poor. Their intelligence is, we should think, low, as might be expected from the pancity of convolutions in their brains. We suspended a tin of flonx at such a height froin the ground that our little friends could not quite jump into it, though th. smell of the food made them very per severing in their endeavors to do so. We then arranged a string so that by a detour they could get at the good stuff that way. One mouse by following that conrse attained to the desired goal, but evidently by chance, f or being startled out of the tin, it continued for a long while to make f utile efforts to recover its lost position by jumping np, never again seeking the road which had led it before to the object of its desire. For hours we have lain in bed watching mice trying in vain to spring into the tin of flour, none of them ever perceiving that there was a feasible road leading thereto.-