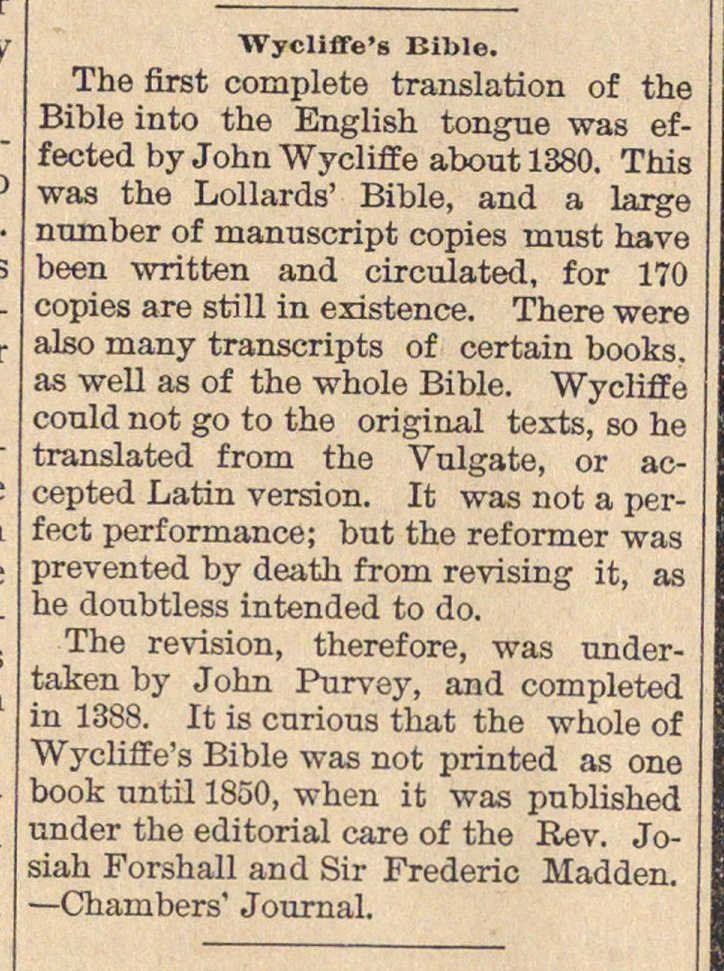 The first complete translatíon of the Bible into the English tongue was effected by John Wycliffe about 1380. This was the Lollards' Bible, and a large lumber of manuscript copies tnust have been written and circulated, for 170 copies are still in esdstence. There were also many transcripts of certain books. as well as of the whole Bible. Wycliffe could not go to the original tests, so he ranslated from the Vnlgate, or accepted Latin version. It was not a pereet performance; but the reformer was )revented by deatli from revising it, as ie donbtless intended to do. The revisión, therefore, was nnder;aken by John Purvey, and completed n 1388. It is cnrious that the whole of Wycliffe's Bible was not printed as one book until 1800, when it was pnblished under the editorial care of the Rev. Joiah Forshall and Sir Frederic Madden.