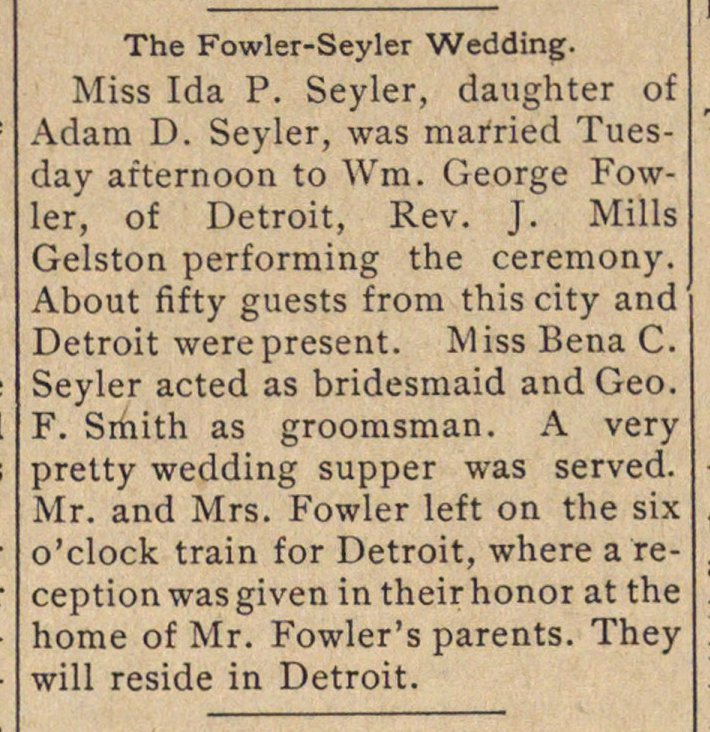 Miss Ida P. Seyler, daughter of Adam D. Seyler, was married Tuesday afternoon to Wm. George Fowler, of Detroit, Rev. J. Mills Gelston performing the ceremony. About fifty guests from this city and Detroit were present. Miss Bena C. Seyler acted as bridesmaid and Geo. F. Smith as groomsman. A very pretty wedding supper was served. Mr. and Mrs. Fowler left on the six o'clock train for Detroit, where a feception was given in their honor at the home of Mr. Fowler's parents. They will reside in Detroit.