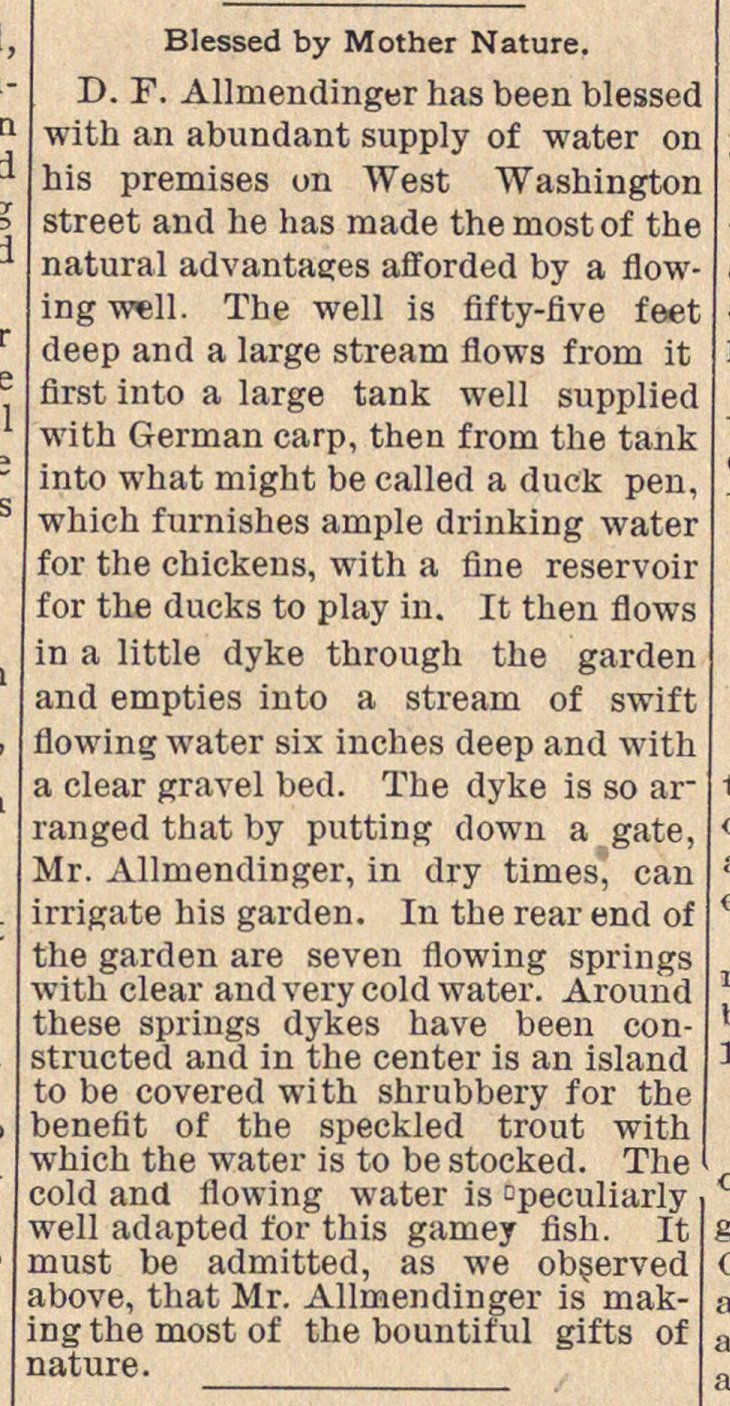 D. F. Allmendinger has been blessed with an abundant supply of water on his premises on West Washington street and he has made the most of the natural advantages afforded by a flowingwell. The well is fifty-five feet deep and a large stream flows from it first into a large tank well supplied with Germán carp, then from the tank into what might be called a duck pen, which furnishes ampie drinking water for the chickens, with a fine reservoir for the ducks to play in. It then flows in a little dyke through the garden and empties into a stream of swift flowing water six inches deep and with a clear gravel bed. The dyke is so ar ranged that by putting down a gate, Mr. Allmendinger, in dry times can irrígate nis garden. In the rear end of the garden are seven flowing springs with clear and very cold water. Around these springs dykes have been constructed and in the center is an island to be covered with shrubbery for the benefit of the speckled trout with which the water is to be stocked. The cold and flowing water is cpeculiarly well adapted for this gamey flsh. It must be admitted, as we observed above, that Mr. Allmendinger is making the most of the bountif ui gifts of nature.