Death Of Jacob U. Binder 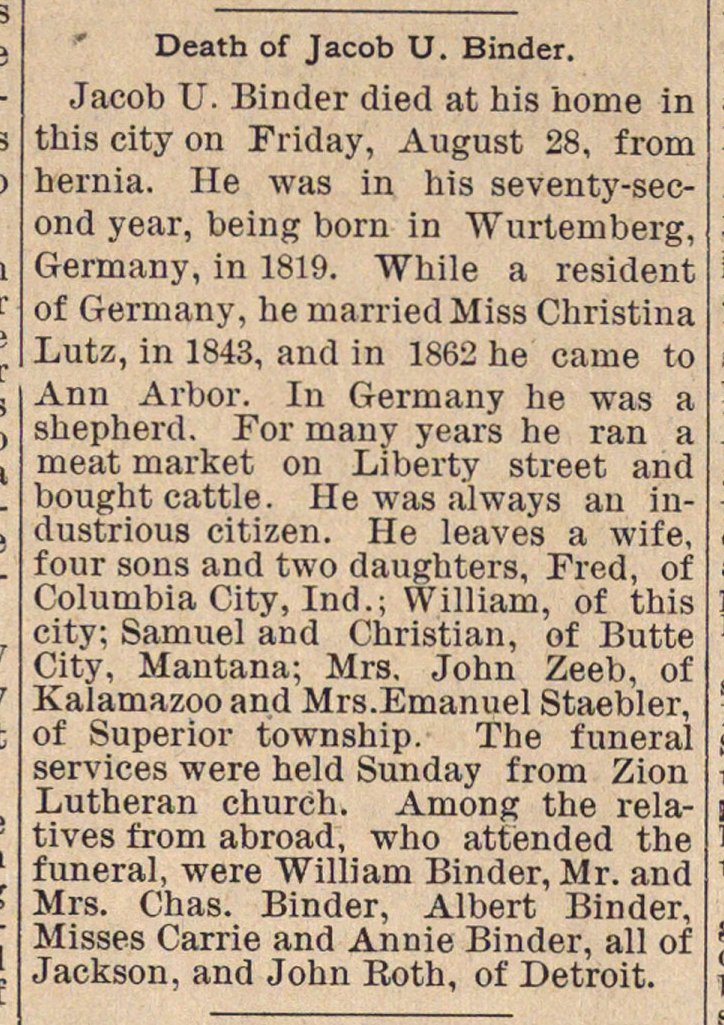 Jacob U. Binder died at his home in this city on Friday, August 28, from hernia. He was in his seventy-second year, being born in Wurtemberg, Germany, in 1819. While a resident of Germany, he marriedMiss Christina Lutz, in 1843, and in 1862 he carne to Ann Arbor. In Germany he was a shepherd. For many years he ran a meat market on Liberty street and bought cattle. He was always au industrious citizen. He leaves a wife, four sons and two daughters, Fred, of Columbia City, Ind.; William, of this city; Samuel and Christian, of Butte City, Mantana; Mrs. John Zeeb, of Kalamazoo and Mrs.Emanuel Staebler, of Superior township. The funeral services were held Sunday from Zion Lutheran church. Among the relatives from abroad, who attènded the funeral, were William Binder, Mr. and Mrs. Chas. Binder, Albert Binder, Misses Carrie and Annie Binder, all of Jackson, and John Roth, of Detroit.