How The Battle Is Going In Ohio 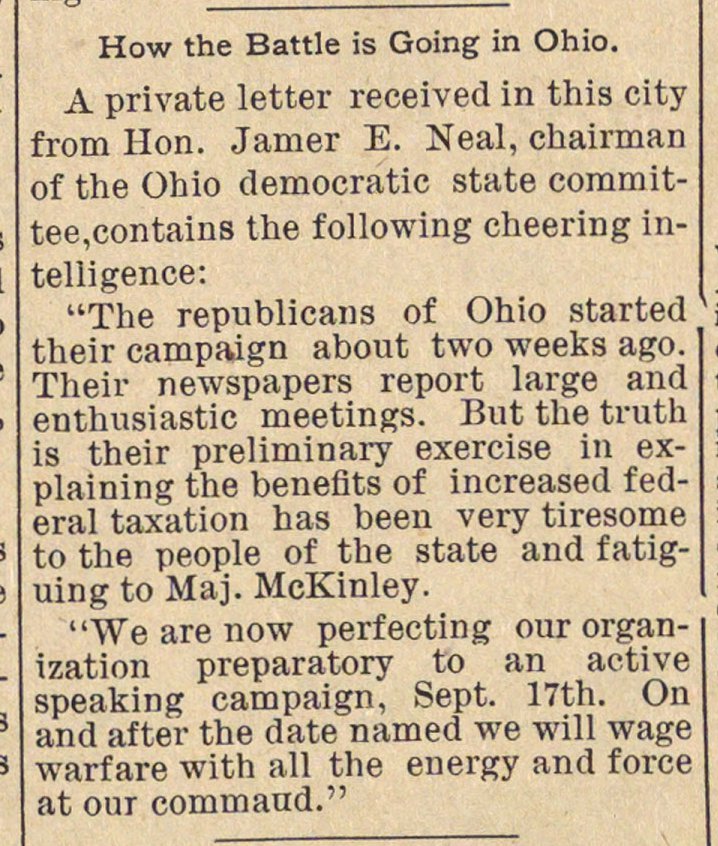 A private letter received in this city from Hon. Jamer E. Neal, chairman of the Ohio democratie state committee,contains the following cheering intelligence: "The republicana of Ohio started their campaign about two weeks ago. Their newspapers report large and enthusiastic meetings. But the truth is their preliminary exercise in explaining the benefits of increased federal taxation has been very tiresome to the people of the state and fatiguing to Maj. McKinley. "We are now perfecting our organization preparatory to an active speaking campaign, Sept. 17th. On and after the date named we will wage warfare with all the energy and force at our command."